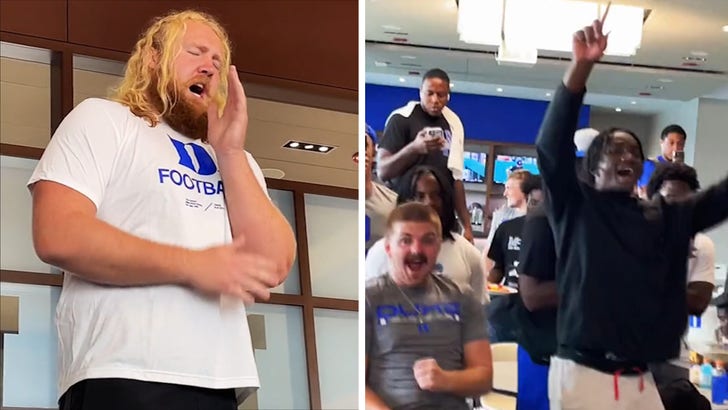 Prepare to be blown away.

Duke OL Chance Lytle has some pipes on him ... the 6-foot-7, 300-plus pounder showed off serious vocal skills, putting on a full-blown opera performance in front of his teammates, and the entire thing was awesome!

In a video posted on the Duke football team's TikTok, the big man was front and center as he stood on a chair ... serenading his fellow Blue Devils.

The team stood silent as Lytle performed ... but once the big guy finished, they went crazy, jumping up and down as they crowded around him, yelling, "Ay, ay, ay, ay, ay!"

Lytle joined the Blue Devils football program after graduating from the University of Colorado ... with a dual degree in music and voice performance and psychology, according to The Fayetteville Observer.

Of course, Chance hitting high notes should come as no surprise. In a video posted to the ACC Network's official Facebook page, Lytle introduced himself in vintage fashion -- performing a sweet-sounding opera.

Lytle announced in March he would suit up for the Blue Devils in his final college football season.

They say first impressions are everything ... and it's clear Lytle is winning over his new teammates with the help of his musical skills. 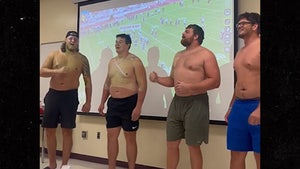 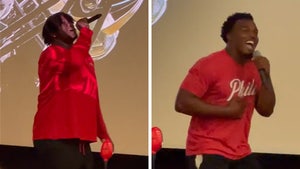