KSI is taking on not one, but TWO challengers when he steps in the ring on Aug. 27 ... and his rival Jake Paul is crapping all over the idea -- saying the whole thing sounds like a setup.

The English YouTuber is slated to fight both rapper Swarmz AND Bulgarian pro middleweight Ivan Nikolov (3-16-2) at the O2 in London ... which is not the first time a boxer has had more than one opponent in a night.

In fact, George Foreman took FIVE fights in one day back in 1975 ... but as Jake points out, it wasn't necessarily a great experience for the fans.

"George Foreman fought 4 people in 1 night and it was an awful showing," Paul said on Twitter minutes ago.

"At first it seemed like a good idea but eventually it actually pissed the fans off because they realized all the opponents were put in to lose. It was was basically a stunt, not worth the price of admission."

Jake's assessment isn't wrong -- reports from the night claim fans were booing by the time Foreman showed up on the scene.

Even though he doesn't mention him by name, it's obvious Jake is talking about KSI's new announcement ... which promoters are hoping will keep fans interested after Alex Wassabi had to pull out due to a concussion.

As for Jake and KSI getting in the ring, they just agreed to take a fight in 2023. 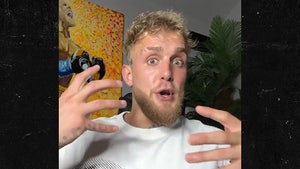