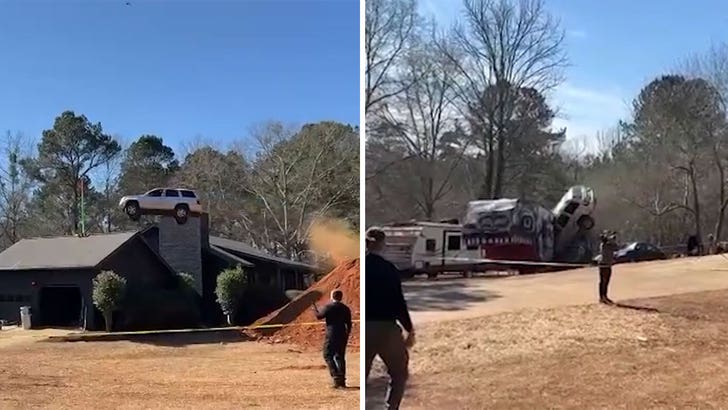 AEW star Darby Allin is known for his death-defying stunts in the ring -- but this time, he's reached new heights OUT of it ... pulling off a 96-foot jump over his home in a Jeep!!

"Sketchiest stunt I ever did!" Allin wrote on social media.

In the video, Allin's Jeep gains some speed as it zooms up a makeshift ramp and launches into the air ... and man, was it close to the roof of his home!!

At one point, the Jeep's right back tire skids off the side of it ... but Allin, somehow, was still able to nail a sick landing into a bunch of trailers.

No word on how fast Allin was going or what led him to try the stunt ... but the 29-year-old pro wrestler naturally has a penchant for defying the norm. 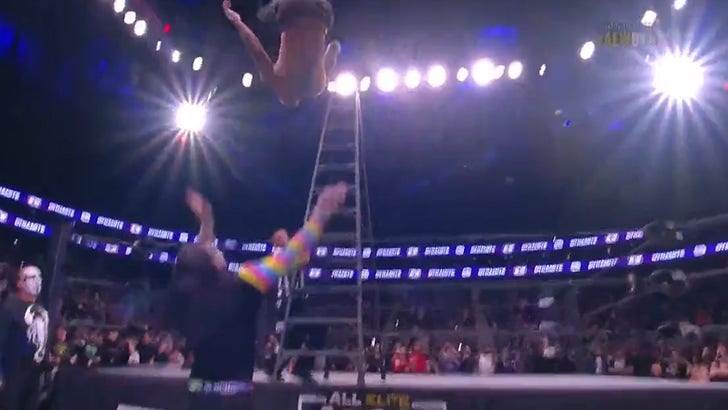 You'll recall ... during a match against Jeff Hardy in May, Allin took the meaning of extreme to another level when he hit Jeff with his signature Swanton Bomb finisher off the ladder.

Hardy -- who's no stranger to pulling off jaw-dropping stunts inside the squared circle -- went crashing into 8 steel chairs set up directly behind him ... and the whole crowd lost it!!

As crazy as that Swanton Bomb was, it's not shocking for Allin ... who has a reputation for defying gravity and pushing his limits.

But, this latest stunt takes the cake. Sheeshhhhhhhh! 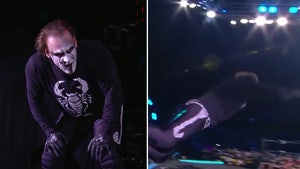