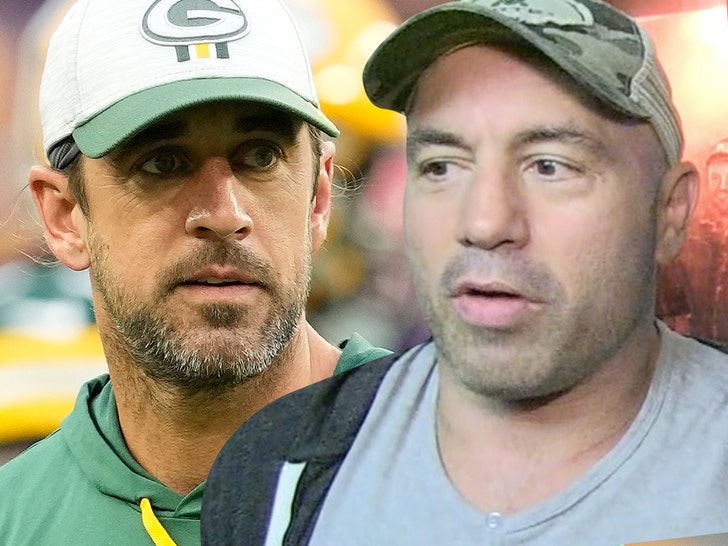 Aaron Rodgers gave a full play-by-play breakdown of what exactly happened with his vaccine controversy last year ... dishing the deets to none other than Joe Rogan.

The Packers quarterback was on the 'JRE' this week, and he drilled down on how things unfolded, through his perspective, from the start of training camp to the day he was asked if he'd been vaccinated ... and it sounds like he thinks he got a raw deal in the whole thing.

Watch ... AR explains that he's allergic to a certain part of the vaccine -- the polyethylene glycol found in both the Moderna and Pfizer jabs -- and was all set to take the Johnson & Johnson shot ... until it got pulled for causing blood clots in certain recipients.

When that was out, Aaron says he researched another alternative to protect himself -- one that involved holistic medicine, he says -- and went that route ... without getting a vaccine.

Aaron says he showed up to camp with everyone knowing what his status was -- something that was hard to miss, because he says the NFL would literally separate players both physically and symbolically ... giving out different colored wristbands to differentiate.

He also says he was appealing for a waiver with the league, but he felt he wouldn't get one -- especially when they allegedly called him a conspiracy theorist after he refuted that vaxxed people couldn't contract or spread the virus ... something we now know is possible.

Aaron says he eventually caught COVID -- from an already-vaccinated player, he says -- and that's when word got out officially. He says he felt it was a witch hunt environment to begin with, and when the truth came out ... Aaron says he felt betrayed by the media.

It's a pretty fascinating convo ... AR has already apologized for misleading people, but here -- he almost sounds like he's not sorry. As he says, he was just waiting for a follow-up question. 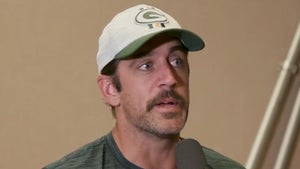 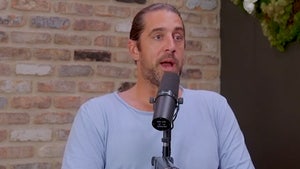