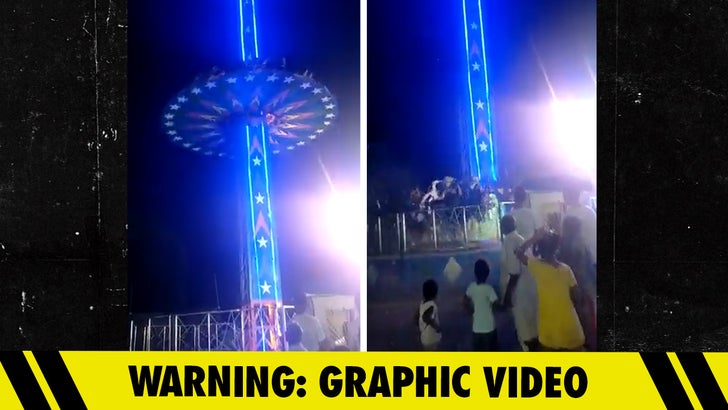 It's about as scary as it gets ... an amusement park ride that encircled a tower high above the earth crashed to the ground in dramatic fashion ... injuring lots of people.

It happened in India ... the Drop Tower ride was 50 feet above the ground and presumably was supposed to make a slow descent, but the exact opposite happened ... it spun in circles as it plummeted downward. 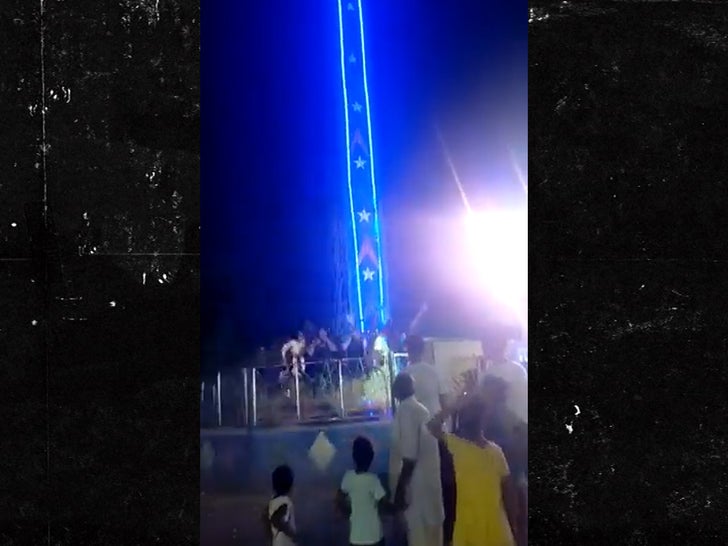 There were 30 people on the ride ... at least 10 were injured. Some were taken to the hospital.

There are reports the operators of the ride fled the area after the mishap. 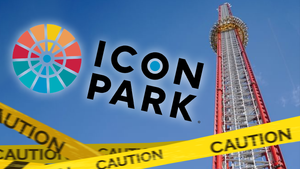 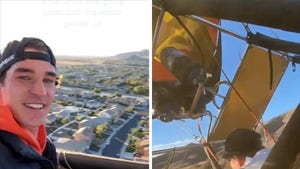