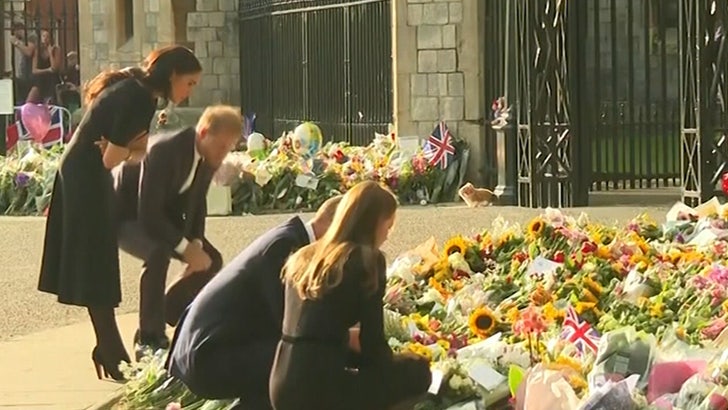 William and Kate appear to have extended an olive branch to Harry and Meghan -- inviting them to Windsor Castle to take in the public tributes for the Queen.

The Duke and Duchess of Sussex were on hand Saturday, standing shoulder to shoulder with the new Prince and Princess of Wales as they stepped out and observed the scores of flowers and cards left by commoners outside the palace gates ... and there were a lot.

Each couple bent down and got a closer look at what the Brits had left there ... and they all seemed to be in harmony, not too distant and definitely showing solidarity in their mourning.

It's quite a sight, considering things haven't been all that great between Harry and William of late -- evidenced in the fact that they hadn't even seen each other immediately prior to the Queen's death ... when PH and MM were in and around the U.K. within a stone's throw.

“Harry, Harry!”
Harry and Meghan greeting members of the public outside of Windsor 🤍 pic.twitter.com/QH4fJiIzLA

Still, it appears they've put their differences aside at this most crucial time and are finally together. The crowds loved to see it too -- Harry and Meghan were especially getting a lot of attention as they shook hands and greeted folks.

There'll be a funeral for QE2 on September 19, and she'll lie in state for 4 days before that. Thousands of people are expected to attend the ceremony -- Harry and Meg included. 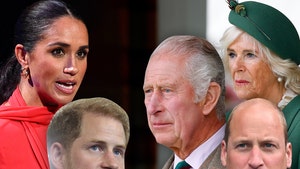 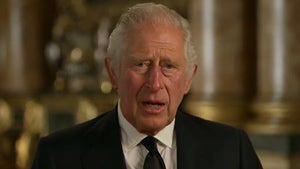