Queen Elizabeth II might have been one of the most complex, dynamic and beloved figures of the 20th century ... but her death certificate is simple, perhaps oddly so.

The official document was filed this week, revealing she passed at 3:10 PM local time on September 8 at Balmoral Castle in Scotland -- and the 96-year-old monarch's cause of death is listed as "Old Age."

We gotta say, it's the first time we've seen a death certificate with so little information -- typically, there's something more medical listed ... like cardiac arrest or multiple organ failure. Then again, we haven't seen any of these for British monarchs who sat on the throne for 70 years. The physician who declared her dead was Douglas James Allan Glass.

Interestingly, her only daughter, Princess Anne, is listed as the "informant."

Lack of detail aside, the certificate says Elizabeth Alexandra Mary -- her full given name -- was the widowed daughter of King George VI and Elizabeth Angela Marguerite Bowes-Lyon ... aka The Queen Mother. 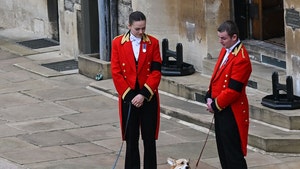 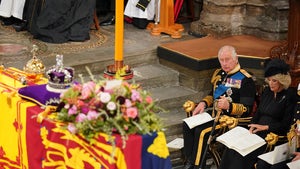