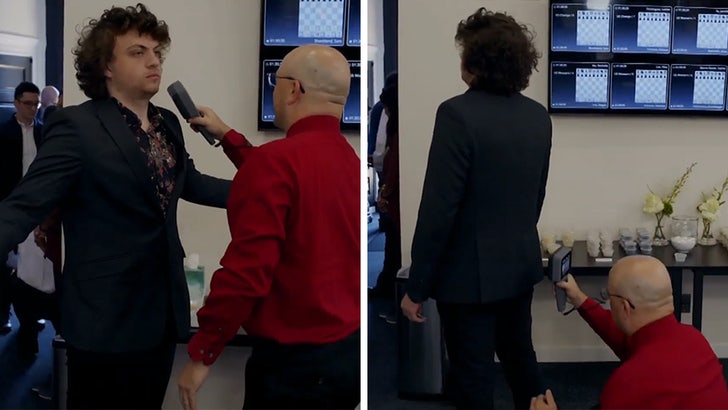 Chess grandmaster Hans Niemann got a very personal security check, mate ... getting his ass scanned outside the U.S. Chess Championships days after he was accused of using said rear-end to cheat dozens of times.

Security took a good long look at Hans' butt with a metal detector outside the Saint Louis Chess Club, where the championship began on Tuesday. The guard was pretty thorough in his search -- considering the female competitor in front of him didn't even have to turn around for her scan.

Sure looks like the Chess Club folks have heard some widespread Internet buzz about exactly how Niemann might be cheating. 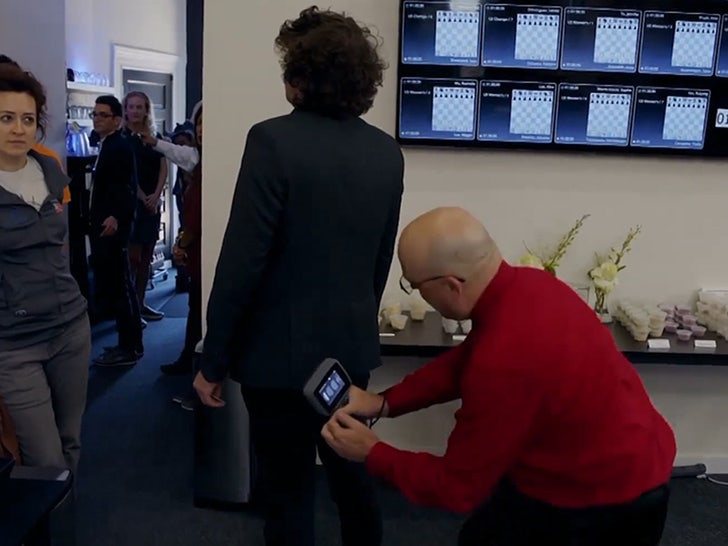 An investigation opened Tuesday by Chess.com against Hans ... claiming he "likely cheated" in more than 100 online matches. World champ Magnus Carlsen first accused Hans of cheating in over-the-board matches, and then interested chess fans suggested online he could be using a vibrating butt plug to tip him off on moves.

For his part, Hans denies cheating, in general, and specifically using a sex toy. After a big win in the first round, he said, "I'm not going to back down and I'm going to play my best chess here regardless of the pressure that I'm under.” He's also said he'd play naked if necessary.

For now, he's playing fully clothed ... butt security's gonna be tight until officials get to the bottom of these allegations. 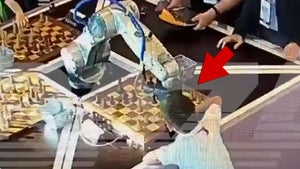 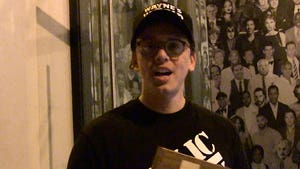