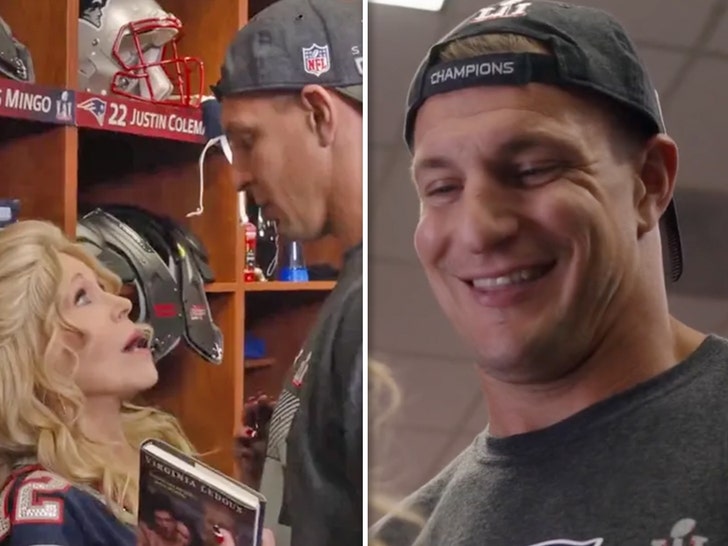 Avert your eyes, Camille Kostek ... Rob Gronkowski does, indeed, get flirty with 84-year-old actress Jane Fonda in the new Tom Brady flick -- and it's kinda steamy!!!

The official trailer for "80 For Brady" dropped Thursday morning ... showing Hollywood's take on the true story of four women in their 80s who traveled to Super Bowl LI in Houston to get a glimpse of Brady on the field.

The movie looks awesome -- Fonda, Lily Tomlin, Sally Field and Rita Moreno go through all kinds of hoops to ultimately get to the TB12 game -- and, at one point in the film, Fonda apparently gets pretty dang close to Gronk.

In the clip, the two seem to be in a locker room setting ... with Fonda in awe of the former Patriots tight end's size.

"Thank you!" Gronk fires back with a charming smile on his face. 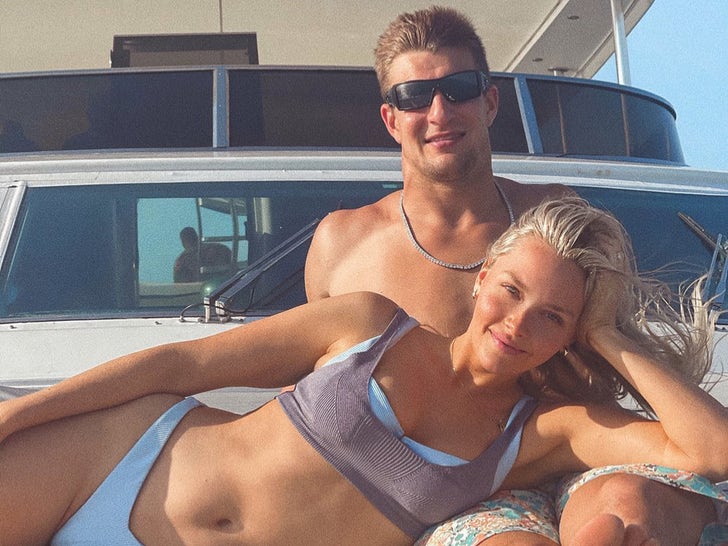 No further info about the scene was revealed -- but we're sure Kostek, Gronk's longtime girlfriend, is interested in seeing the full thing now!

Brady also makes a cameo in the trailer -- yelling out his trademark, "Let's go!" line as the four women cheer him on from the stands. 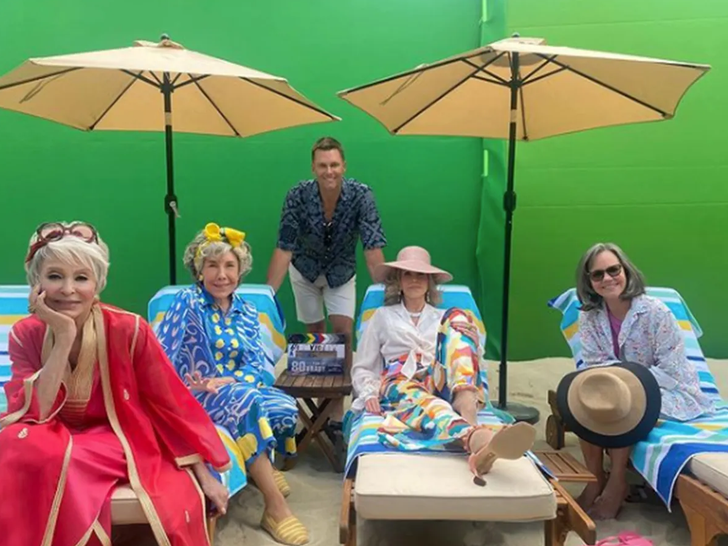 Of course, Tom will have a bigger role in the movie when it ultimately comes out -- as he's been seen teasing scenes from the flick on his social media pages for months now.

The Paramount movie is set to finally release in February 2023 ... can't wait!!