Brittney Griner's on her way back home ... and plenty on U.S. soil are celebrating her freedom -- including Barack Obama, the NBA and the WNBA.

All three released statements following the news of the 32-year-old's release from Russian custody -- with Obama saying he's "grateful" ... while praising Joe Biden for helping facilitate the trade.

"Kudos to @POTUS and his administration for the difficult diplomatic work involved to make it happen," Obama said. "We’re looking forward to having Brittney back home." 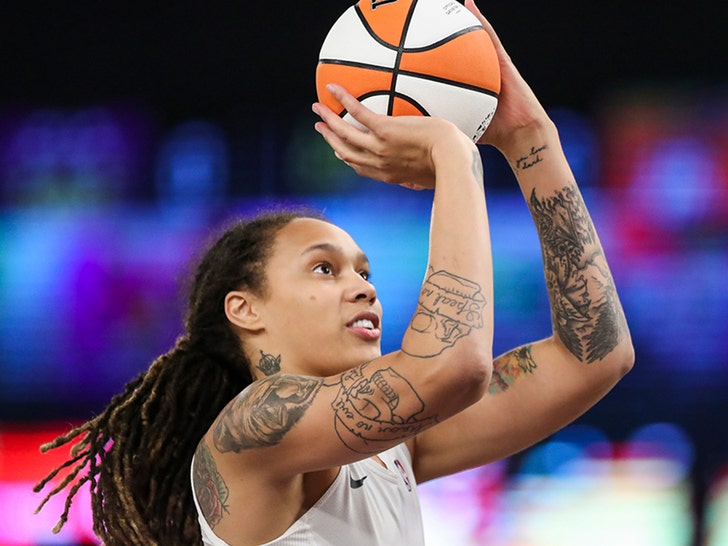 The commissioners of the NBA and WNBA, meanwhile, both said they, too, are "thrilled" with Thursday's prisoner swap.

"The WNBA is grateful beyond measure to the Biden Administration, the Special Presidential Envoy for Hostage Affairs, and all those who played a role in bringing BG home today," Cathy Engelbert said.

Added Adam Silver, "We thank the members of the NBA and WNBA community who never wavered in their efforts to raise awareness of Brittney's unjust circumstances."

Griner had been detained in Russia since February ... after authorities accused her of having hashish oil in her luggage as a Moscow airport. She was slated to remain in a Russian prison for the next nine years -- but after the U.S. agreed to trade arms dealer Viktor Bout, she was allowed to return home Thursday.

Moments ago I spoke to Brittney Griner.

Biden said he spoke with the WNBA star after making the trade, saying she was "in good spirits." Her wife, Cherelle Griner, said she felt like her family is now "whole" again.

Kyrie Irving and Hillary Clinton were among other celebs, athletes and politicians who shared their joy over the news on their social media pages Thursday.

Not all, however, have been thrilled with the prisoner swap -- with some, including Dallas Cowboys star Micah Parsons, upset that wrongfully imprisoned Marine Paul Whelan was not included in the deal.

But, Biden and other U.S. officials said Thursday they're still working tirelessly to bring him home ... with the president saying in an address to the nation, "We are not giving up. We will never give up." 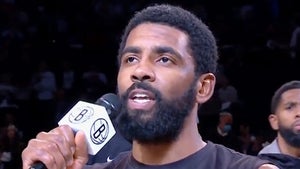 Kyrie Irving Calls For Biden To Get Brittney Griner Home, 'POTUS, Do Your Job!'