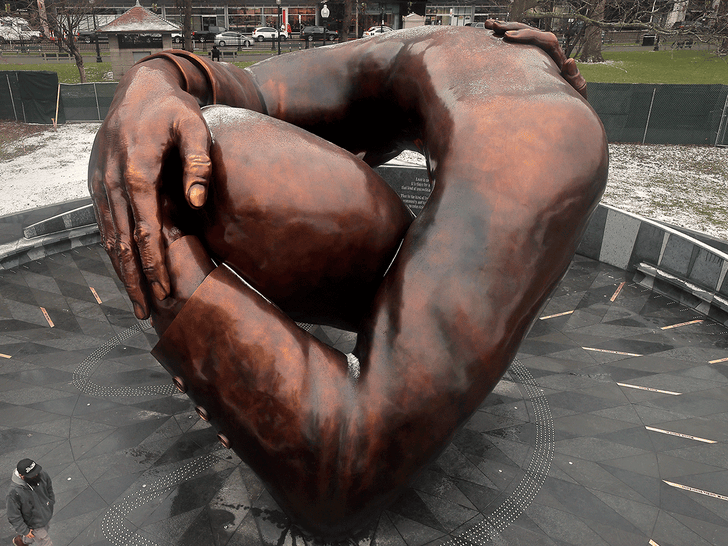 A statue honoring Martin Luther King Jr. and his wife, Coretta Scott King, was unveiled this week -- depicting a famous hug they gave each other ... but not everyone sees that.

The art piece is called "The Embrace," and it was shown off in public for the first time Friday ... with a large crowd on hand in the Freedom Plaza of the Boston Common to help ring in the new addition to the space. Some King family members were also there for the honor. 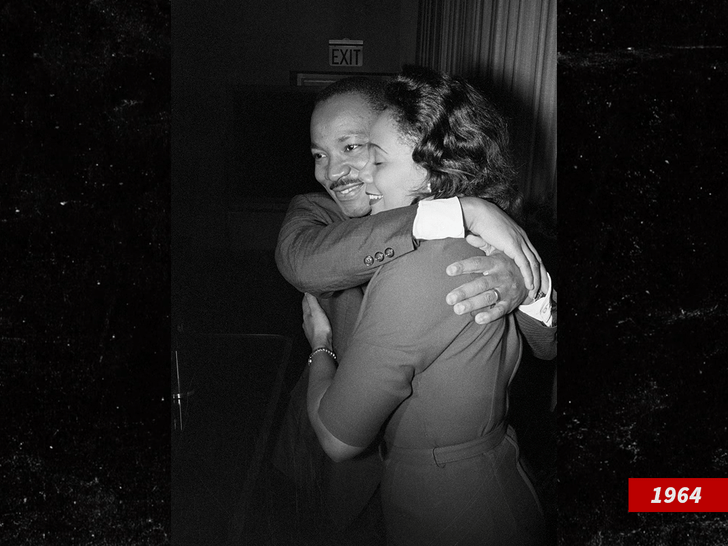 Sculptor Hank Willis Thomas is the man behind the monument -- and he says he designed "The Embrace" after a 1964 photo of MLK wrapping Coretta up after hearing he'd won the Nobel Peace Prize that year. However, he decided to just show off their arms interlocking.

While the sculpture is being praised by many, it's being questioned by others -- especially on Twitter, where some can't understand why the creator didn't include their heads.

Even more people online are doing double takes ... saying they interpret the piece in different ways, especially from certain angles. For instance, some say it looks like one of the arms is holding onto a thigh -- which comes across as inappropriate for the select few who see it that way.

Of course, there are those who are outright mocking it, despite the seriousness of the subject. Everybody's a critic, we suppose -- and this one's in the eye of the beholder. 🤷🏽‍♂️

I’m not even going to say what I thought it was. pic.twitter.com/bitY40U6qc

MLK Day is on Monday, BTW. Enjoy the holiday! 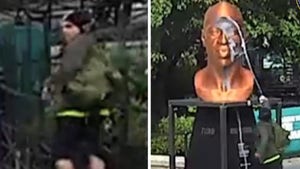 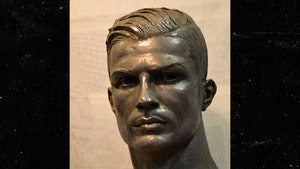