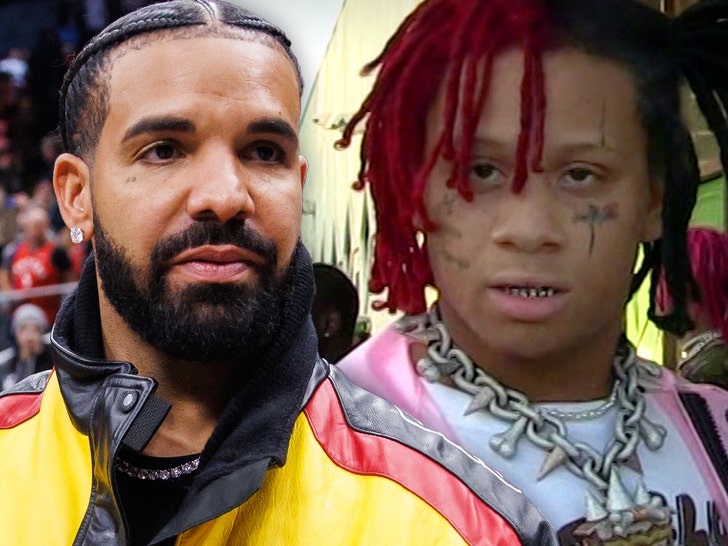 Drake will just be a spectator for Trippie Redd’s upcoming feature-filled project -- but that’s perfectly fine with the megastar rapper.

Drake couldn't contain his excitement and fired off a series of emojis in the comment section, prompting Trippie to respond with the #MM hashtag. 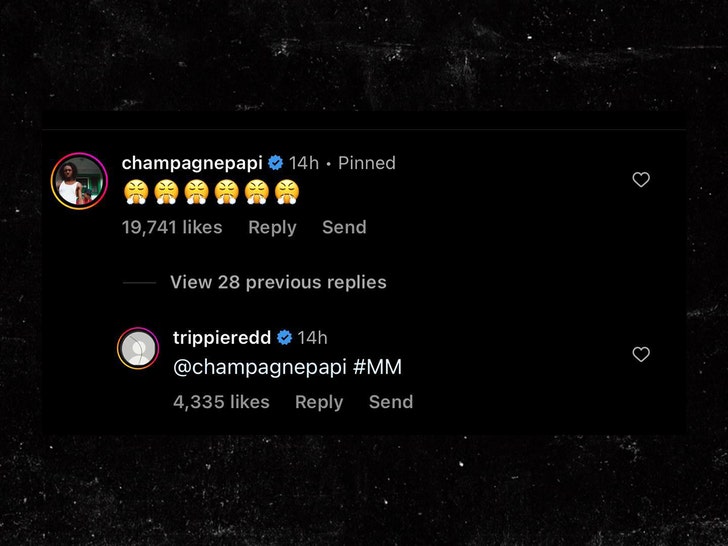 Trippie told his followers he would let off the release date at 80k likes ... which has since been obliterated by nearly a million clicks.

Sources close to the project tell TMZ Hip Hop that Trippie is actually dropping "Mansion Musik" this Friday, January 20 -- so fans won't have to wait much longer to hear him paired with some of the best in rap!!!

Chief Keef's inclusion is a fitting one ... he dropped his own "Mansion Musick" (note his version has a "c") back in 2018 -- infamously drawing the ire of 'Real Housewives of New Jersey' star Teresa Giudice. 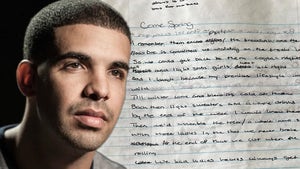