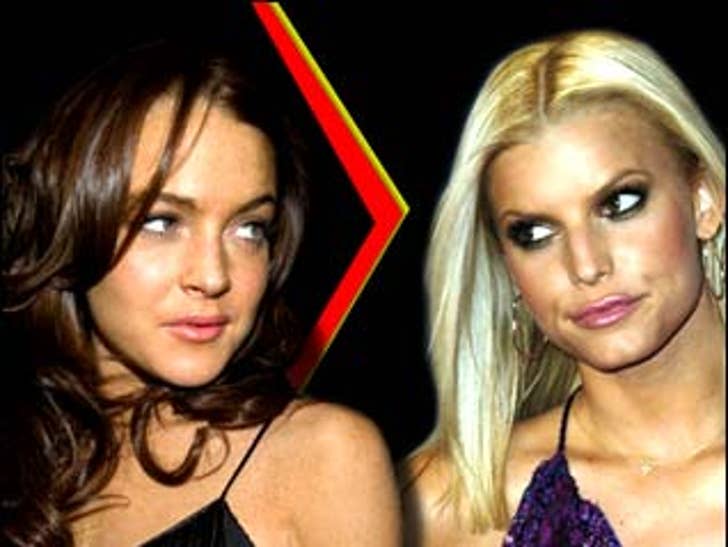 THE RUMOR: Are Lindsay Lohan and Jessica Simpson at war?

HOW IT STARTED: Buzz of a feud caught fire after Lindsay reportedly berated Jessica last week at The Dime, a Hollywood night spot. According to reports, Lindsay went ballistic after Jessica did not thank her for sending a round of drinks to the table. 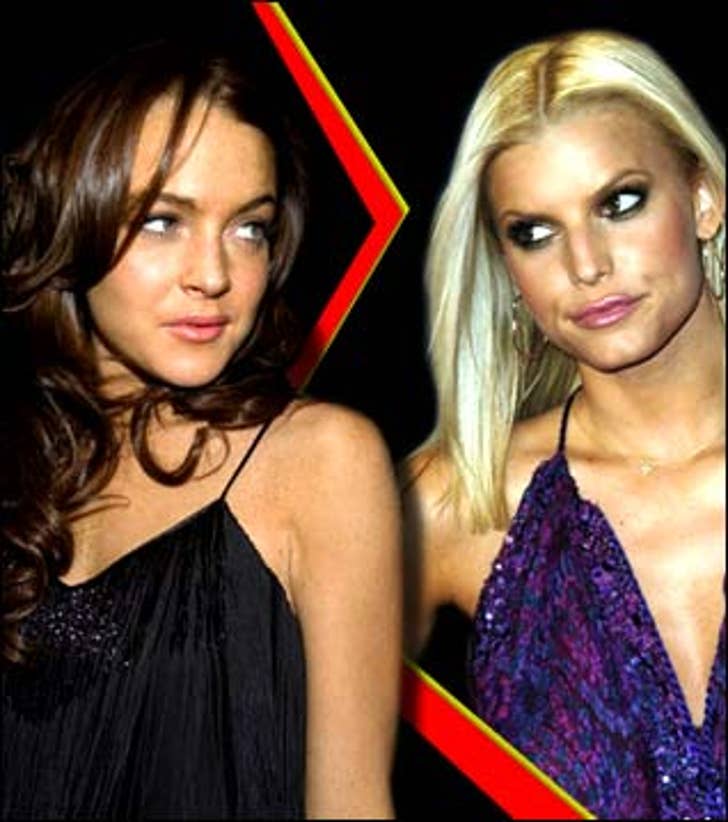 HOW IT SPREAD: It's all about the boyfriends. Ashlee Simpson, Jessica's little sis, took up with Wilmer Valderrama shortly after he and Lindsay split. To complicate matters, there are reports that Lindsay has been seeing Brett Ratner, who directed Jessica's 'These Boots Were Made For Walking' video. Guess who was sitting at Jessica's table when Lindsay sent over the drinks? That would be....Brett Ratner. And get this: Ashlee's single, 'Boyfriend,' includes the lyrics, "I didn't steal your boyfriend" -- reportedly an ode to Lindsay.

Boys aside, there was a widely reported incident at Lindsay's private afterparty for the MTV Movie Awards last June at the Standard Hotel. Lindsay reportedly instructed security to block the Simpson sisters from entering.

THE TMZ LOWDOWN: Jessica's publicist, Rob Shuter, tells TMZ that rumors of a feud "are a whole lot of nothing." Lindsay's publicist, Leslie Sloane, echoes the sentiment. They both acknowledged that Lindsay graciously sent Jessica a round of drinks last week, but did not say if Jessica thanked her for the gesture.

TMZ has an interesting theory. The two young starlets are not necessarily the ones at war. We're told their respective hairdressers, who accompanied them to The Dime last week, may be the ones who have issues with each other, which could explain the rumors of fireworks at the bar.

By the way, sources say Lindsay was not at all upset that Jessica was with Brett Ratner. That's because we're told she's not dating him and never did. Lindsay, sources say, has been seen with Jamie Dornan, the newest hot face of Calvin Klein. Dornan is rebounding from a long-standing relationship with Keira Knightley. Dornan was seen in the halls during run-throughs for Lindsay's stint on 'Saturday Night Live' last week.

TMZ-TRUTH-O-METER: So, are Lindsay and Jessica at war? Click below to find out.