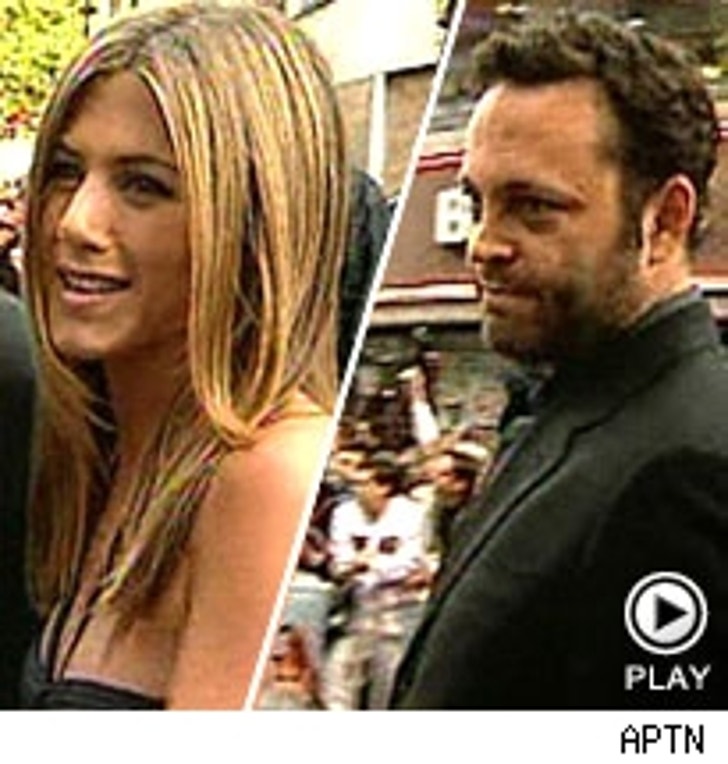 Jen and Vince faced some tough questions at the London premiere of their new film "The Break-Up," but still managed to stay tight lipped about their rumored relationship.

Aniston remained cool, although somewhat taken aback, as one reporter asked her how hard it was making the film after her own break-up with ex-hubby Brad Pitt, replying 'Not hard at all, we were way past that at that point."

Vince had his own share of personal q's thrown his way as well with another curious reporter asking him at what point did he fall for Aniston during the filming. Vaughn, of course, played dodgeball with her saying, "we just had a good time shooting the movie and had a lot of fun."

Like all previous premieres, the two arrived separately and remained like that all the way down the red carpet, ironically mimicking Brangelina's press appearances for "Mr. and Mrs. Smith."