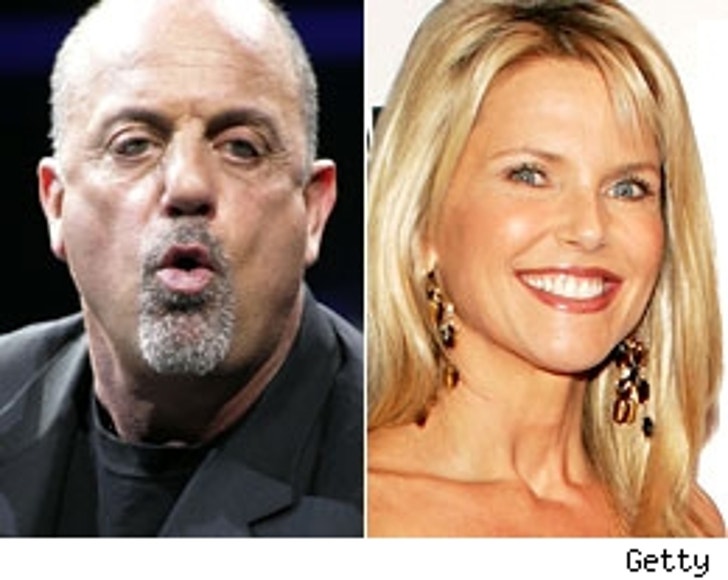 With word that supermodel Christie Brinkley is separating from her fourth husband, we couldn't help but wonder: Who's had a harder life post divorce -- Christie or her second ex, Billy Joel?

Brinkley's rep confirmed on Tuesday the split from Peter Cooke, her husband of 10 years. She has a daughter with Cooke, a daughter with Joel, and a son with third husband Richard Taubman.

Actually, a tragedy brought Taubman and Brinkley together. They met when both were passengers in a helicopter that crashed in Colorado in 1994. Ironically, they married near the site of the chopper crash but the union lasted for less than a year. Brinkley reportedly had to pay Taubman $2 mil as a parting gift to end the marriage.

As for Joel's misfortunes, he was also married before and after Brinkley, though the latter nuptials in 2004 with then 23-year-old Katie Lee is still going.

Joel checked himself into rehab shortly after the first accident and then again in 2005.