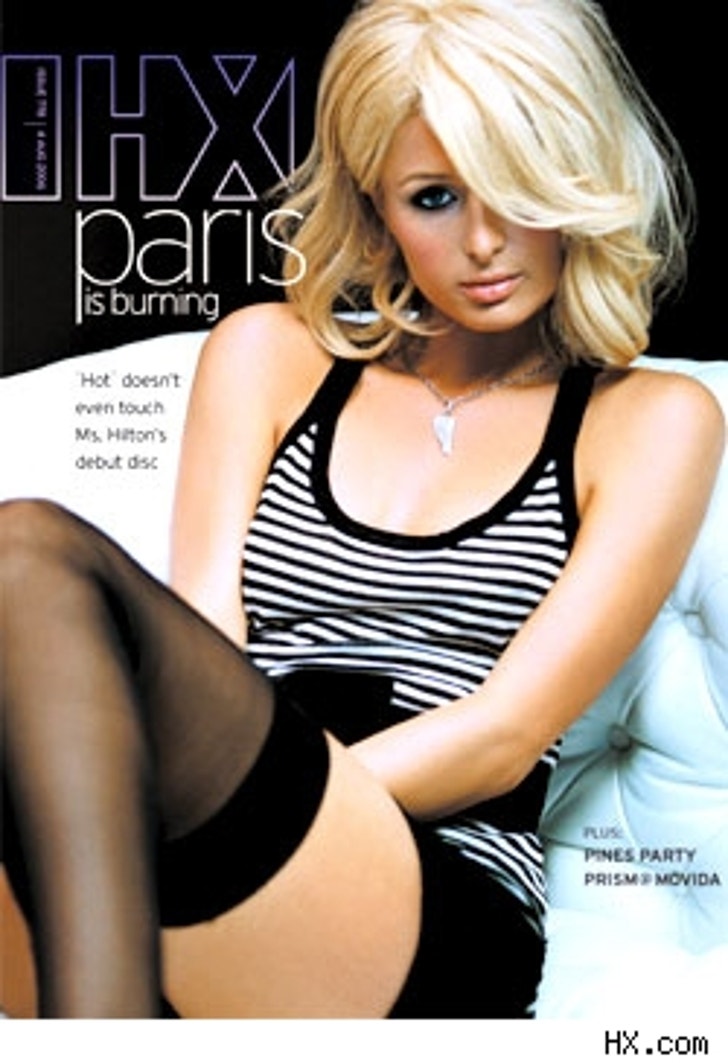 Paris Hilton says her falling out with former best friend and "Simple Life" co-star Nicole Richie was due to the Hollywood limelight.

The hotel heiress tells New York gay nightlife magazine HX that she and Nicole "grew apart because of fame."

Paris documents their falling out on her upcoming album with a track entitled "Jealousy." Hilton adds, "Jealousy is the evilest emotion, and it doesn't do any good for anyone ... When people let jealousy take over them, it destroys friendships."

While the budding singer's self-titled CD features a cover of Rod Stewart's "Do Ya Think I'm Sexy," Paris revealed that she nixed doing the Divinyls 90s hit "I Touch Myself" because she didn't "want to be on stage singing that in front of my mom!"

It's a shame her modesty doesn't extend to homemade sex videos.

With her album due out August 22, the paparazzi princess proclaims she now has her eyes set on another title, "President!"

Paris would definitely give new meaning to the term Head of State.