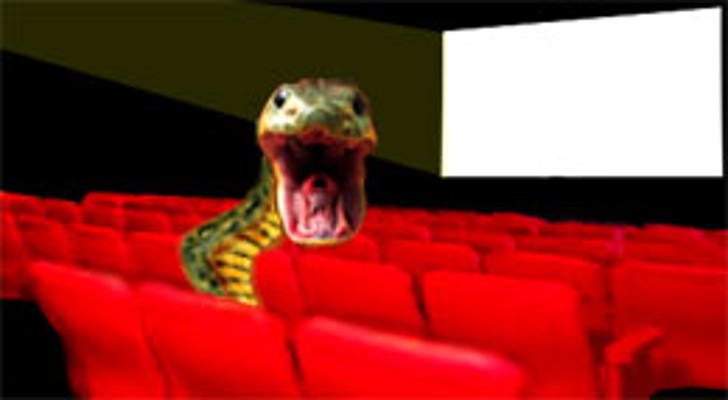 It was a wild Saturday night in Phoenix this past weekend. The Phoenix PD responded to a call that there was a snake in a movie theater in north Phoenix. The theater -- you knew it was coming -- happened to be showing "Snakes on a Plane."

Police arrived and found one eight-inch baby rattlesnake in the hallway, not in the actual theater. The police think the snake probably came from a construction area nearby. The rattler was corralled and turned over to the Arizona Herpetological Association -- or folks who like snakes.

Police tell TMZ that rattlesnake calls are not all that uncommon in the Phoenix area and reports that the snake was intentionally put in the theater during the movie are not true.