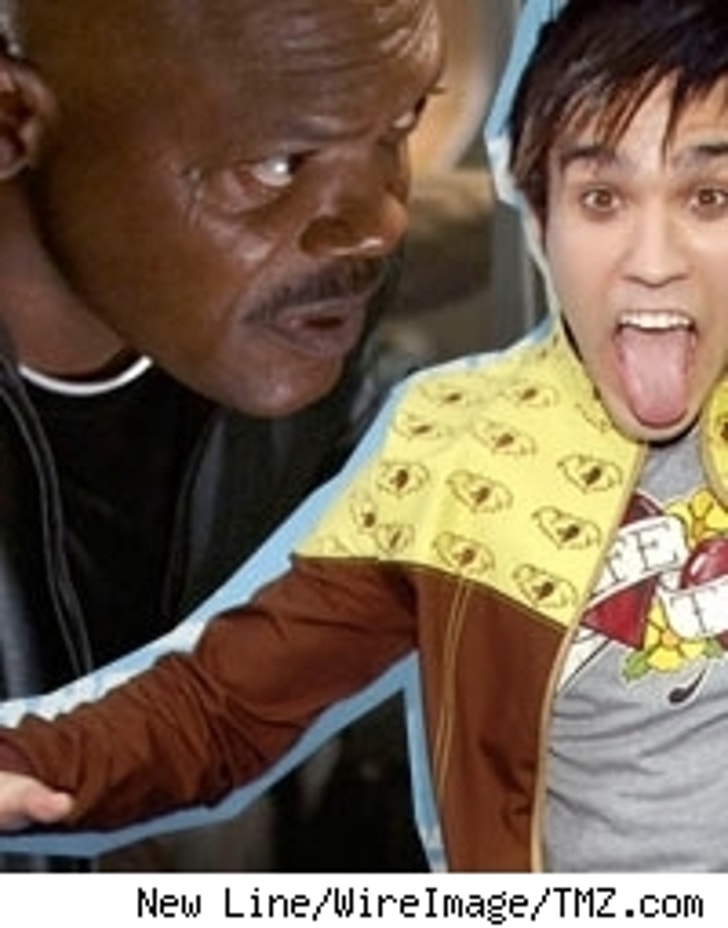 After months of Internet hype via blogs (namely MySpace and Tagworld), "Snakes on a Plane" finally hit theaters this weekend. Besides solidifying Samuel L. Jackson's role as cult film hero, it's possible "SoaP" will help catapult some bands to stardom. We already know that getting your song on the right show or in the right movie can add substantial lift to a band's buzz. And, being in the "event" movie of the summer could do just that for the groups on the "SoaP" soundtrack.

Of course, not every band featured is in need of further attention. The "SoaP" soundtrack has some heavy hitters. Fall Out Boy, Cee-Lo, the All-American Rejects and Panic! at the Disco are among the big names providing some mood music for Sam Jackson's "f" bombs. But, there are a few other bands on the disc that you might not know as well that are worth checking out:

Gym Class Heroes
- Besides having a great name, this New York band combines indie rock and hip hop for some very cool sounds. The band has been around awhile, even long enough to weather some personnel changes, but got a lift when they signed to hip indie label Fueld by Ramen's Decaydance imprint. For "SoaP," they contributed a very appropriately MySpace-themed tune. Check out their video for "New Friend Request" here.

Cobra Starship - These guys are probably the most likely to owe the most to "SoaP." Their "Snakes on Plane (Bring It)" has been heavily used in promoting the film and the video preceded the movie by around two months and has gotten well over a half a million plays on MySpace alone. Like Gym Class Heroes, these guys are on the Decaydance roster and have been on tour with their label mates this summer. Their danceable "breakbeat" style is an interesting choice for a key song in an action flick like "SoaP," but given the kitschy nature of the film it makes sense.

The Bronx - Despite the New York name, these guys are actually a Southern California band. The Bronx are a real deal punk band. They've got old school cred and whip a crowd into a frenzy with their intense live show. "Around the Horn" is their contribution to "SoaP."

We all may grow tired of these m@%$*#ing snakes on the plane, but this is a collection of eclectic tunes that won't wear out their welcome on your CD player.