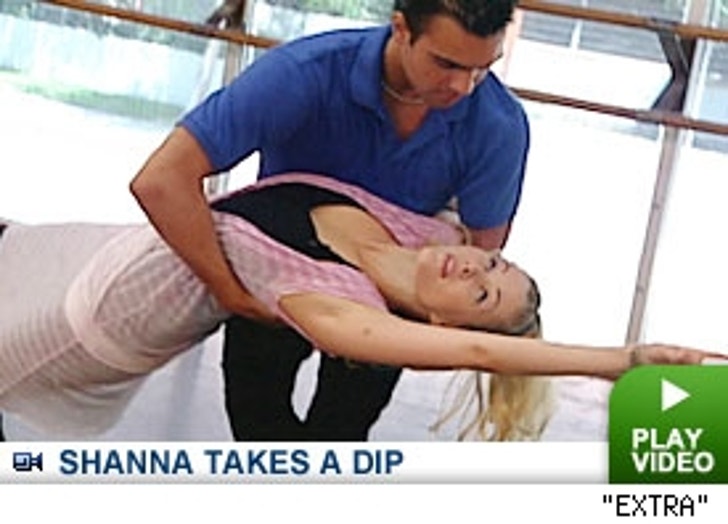 She might still be in the midst of a nasty break up from Blink-182's Travis Barker, but "EXTRA" found Shanna Moakler in good spirits as she practiced for her upcoming gig as a contestant on "Dancing with the Stars."

Though Moakler and Barker have been swapping written attacks on their respective MySpace pages, the former Miss USA hopes for smoother sailing ahead. "I don't know if it's possible he and I could romantically be involved with each other again but I would like for he and I to come to a place where we could obviously be the best parents we could possibly be and just be friends. I would love that."

Moakler adds that "Dancing" has given her an outlet for her frustrations, something she considers a blessing. "I'm trying to stay positive and stay strong for my children, trying to you know not make that a negative. I'm trying to put all my energy into the dancing."

"Dancing With the Stars" premieres September 12 at 8PM ET/PT.