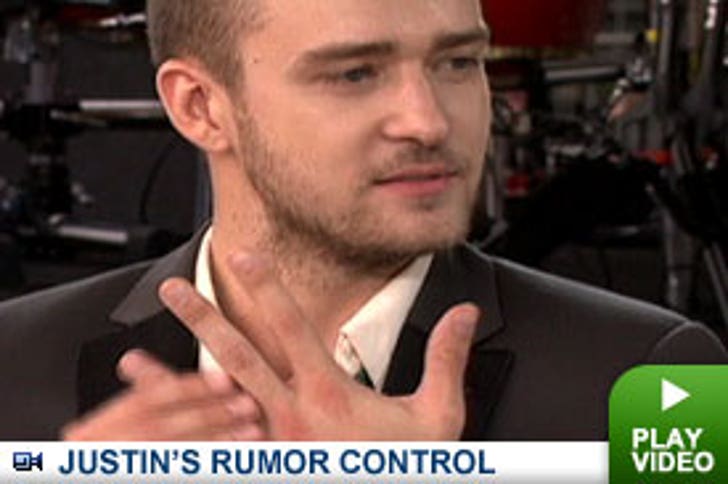 Justin Timberlake helps kick off the start of the fourth season of "The Ellen DeGeneres Show" in New York's Central Park by striking down some persistent engagement rumors.

Ellen explains she wanted to address the ongoing reports of his engagement to longtime girlfriend Cameron Diaz because "I need to know ... Should I get a bridesmaid dress now or not?" To which Justin replied, "Go ahead reserve one...the only thing is you will have to stay the same size for the next 15 years."

Justin denied the marriage rumors adding "No, she didn't give me a ring."

Timberlake also sends Lance Bass, his newly out and former *NSYNC bandmate, some love saying, "Lance is one of my greatest friends and for me I'm more happy for him than I ever been."

The popstar brings "SexyBack" by performing his hot new single and is Ellen's only guest for the full hour.

The new season of "The Ellen DeGeneres Show" premieres September 4.