What happened to that hunk who played Samantha's boyfriend on "Sex & The City"? 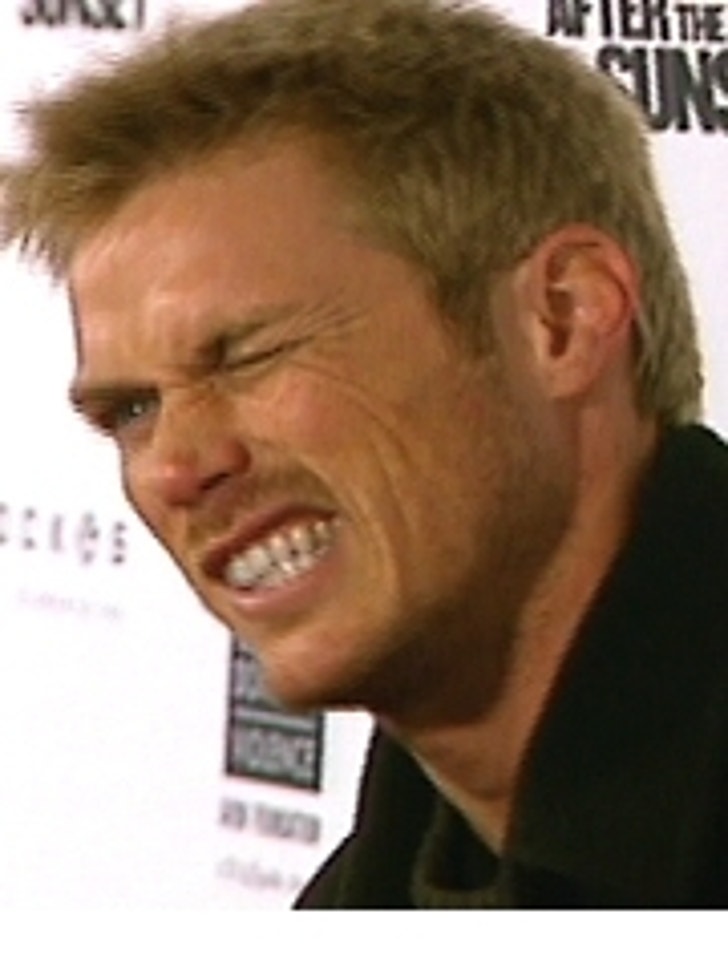 Ferrah, everyone could use more Smith Jerrod in their lives! The "Sex & The City" star, better known as Jason Lewis, is spoken for by Rosario Dawson ... and they're everywhere together! You can see the infamous Absolut Hunk in "The Death and Life of Bobby Z" with Paul Walker and Laurence Fishburne as well as in "Mr. Brooks" in March 2007 with Demi Moore and Dane Cook.

Click here to read more about former on-screen girlfriend Kim Cattrall. And click here to see Jason and Rosario all googly-eyed over each other!

I saw a mugshot of Carmen Electra on TMZ. When was she arrested? 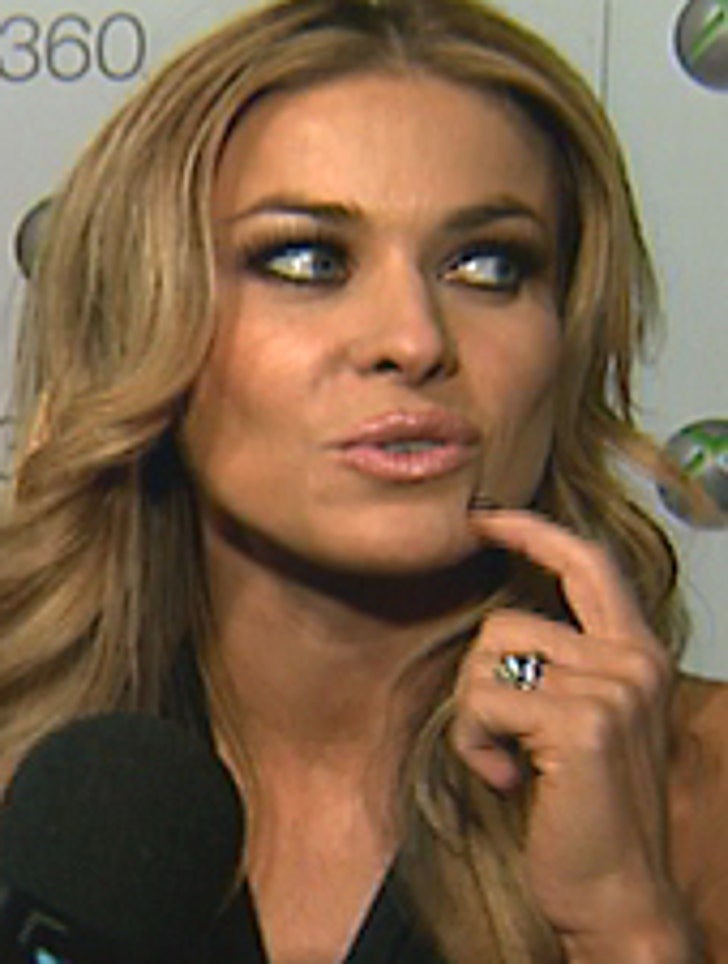 Jennifer, back in November 1999, Carmen Electra and then-husband and former NBA star Dennis Rodman were both arrested in Miami Beach for attacking one another. Carmen was charged with roughing up her husband while Dennis was hit with assaulting his wife. Charges against the couple were later dropped.

As we know, Carmen moved on to bigger and better things with rocker Dave Navarro, but after three years of marriage, the relationship ended. To see Carmen's mugshot, click here! And for the latest busted celeb, take a look at this!

Will Clay Aiken host "Saturday Night Live" in the fall? 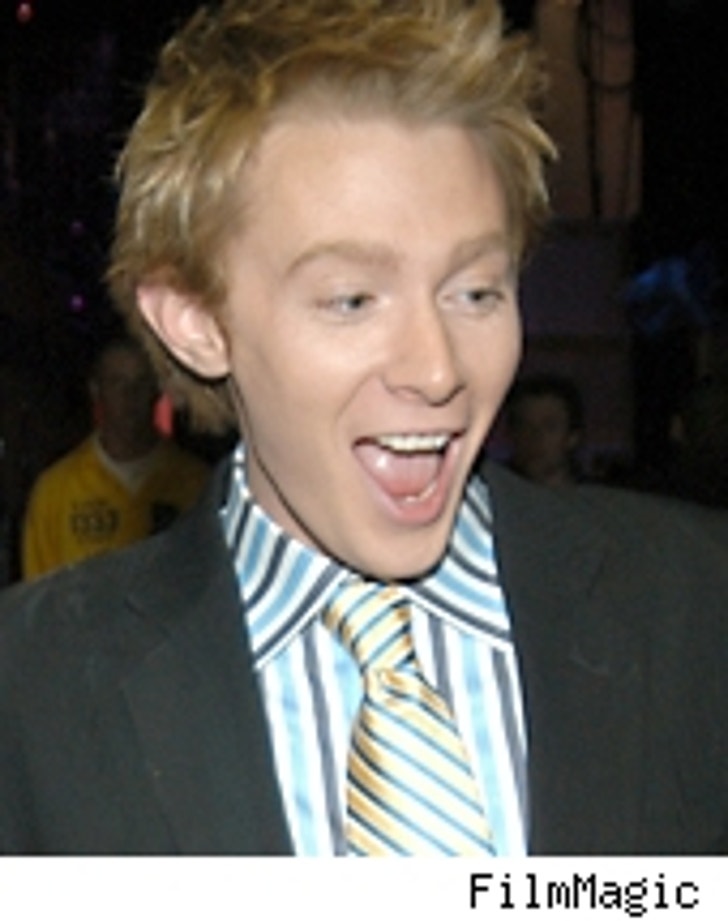 Sandy, we have a lot of info for you on Clay Aiken! As of now there are no plans for him to host "SNL," but he will be on "The Tonight Show," "Good Morning America," and "Jimmy Kimmel Live" in the next couple of weeks. His third album, "A Thousand Different Ways," drops September 19, so try and stay in your seats 'til the date rolls around. And if you're still aching for more Aiken, his latest single "Without You" is available as a ringtone for your phone. Visit his website for details!

Will Julia Roberts be on screen any time soon? 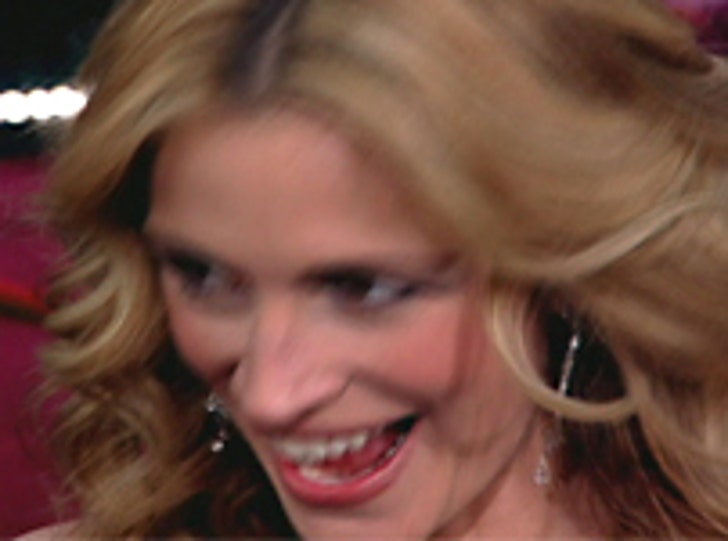 Melissa, you won't be seeing Julia on teh big screen any time soon, but you certainly can hear her! She's playing the voice of Hova in "The Ant Bully" in theaters now and will also voice Charlotte in "Charlotte's Web" with Dakota Fanning and Oprah in December. Unfortunately, neither Julia nor Catherine Zeta-Jones will appear in the upcoming blockbuster "Oceans 13," as the script simply didn't call for their roles, although producer Jerry Weintraub has stated that he wished they could have been part of the project.

Click here to see how George Clooney relaxes on set at "Ocean's 13."

Is Mark Wahlberg married to the mother of his children? 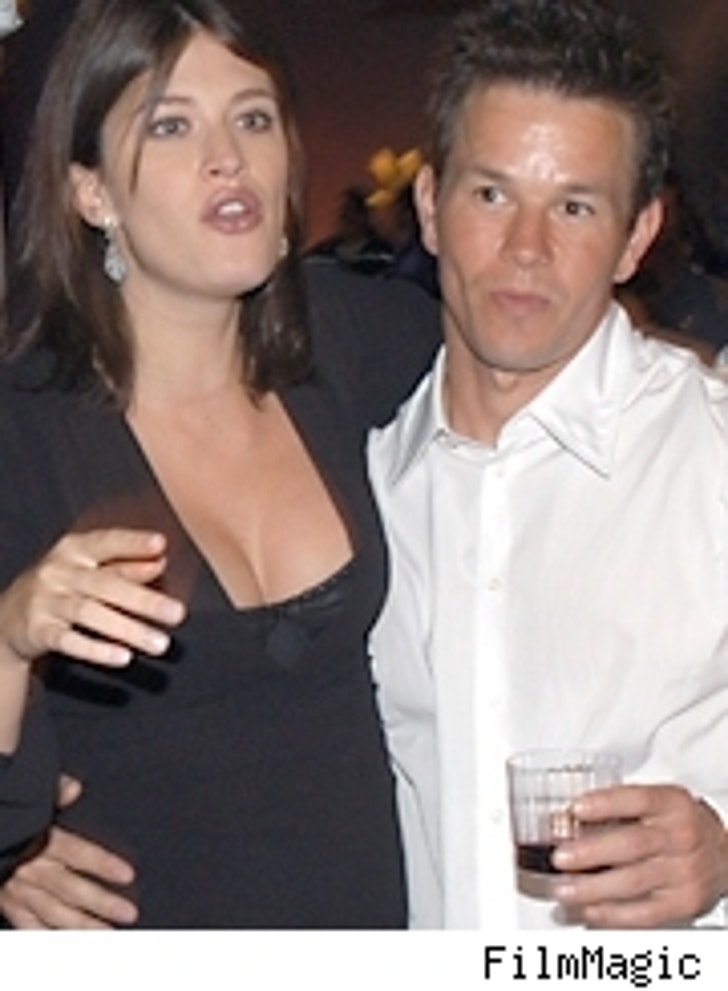 Christie, Mark Wahlberg has not tied the knot with his long-term model girlfriend Rhea Durham. They have two children together -- a three-year-old daughter Ella Rae and a six-month-old son Michael. The 35-year-old Wahlberg, who comes from a family of nine, says he has no intentions of making his and Rhea's family that big.

Click here to read more about Mark and Charlize Theron in "The Brazilian Job," the follow up to "The Italian Job."

Jason Lewis Sex and the City