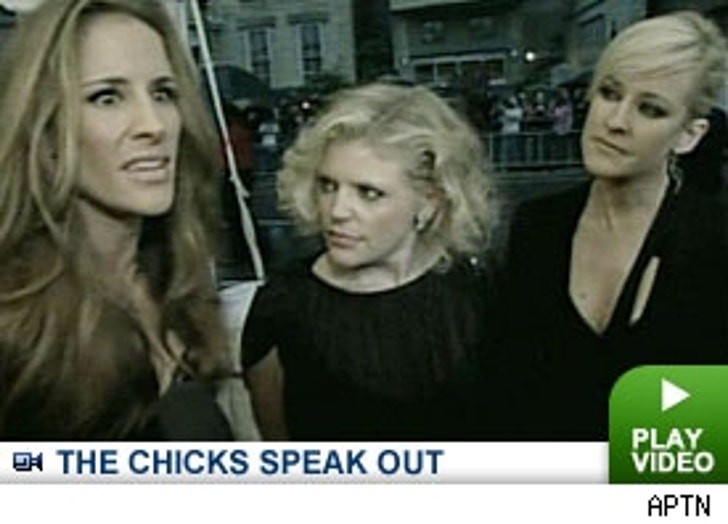 Natalie Maines obviously isn't out to make friends with President Bush anytime soon -- expressing her embarrassment towards #43 and calling him a "dumb f**k" in a new documentary.

Though the Dixie Chicks initially set out to make a rockumentary, "Dixie Chicks: Shut Up and Sing" quickly became more politically charged after the group's frontwoman told a London audience, "We're embarrassed that the President is from Texas," at a 2003 concert.
"We felt like it was time to have cameras follow us around for a little while and just show the next cycle of touring," says Emily Robison about the filming, "and then when Natalie said what she said it turned into a totally different animal. It was one of those things where we knew it was important to continue filming."

The documentary, which premiered at the Toronto Film Festival, depicts the backlash towards the Chicks and their new album, "Taking the Long Way," which had difficulty getting airplay on country radio stations. The film will open this month in limited release.