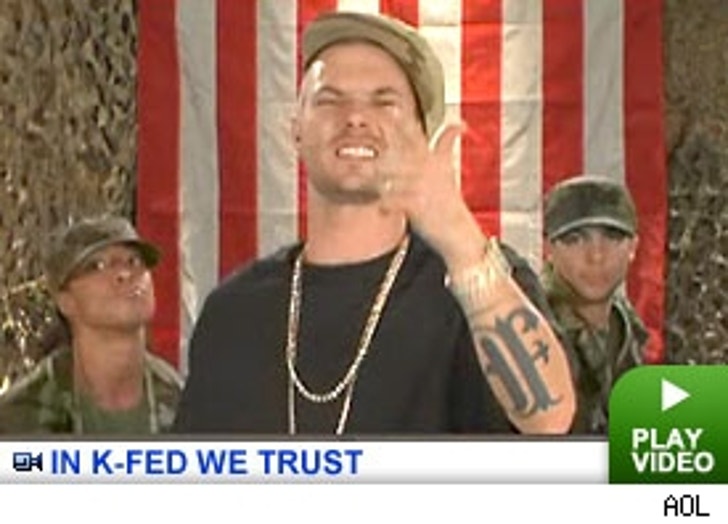 You can say a lot of things about Kevin Federline (and Lord knows we have), but when it comes to relentless self-promotion, few stack it better than the dope rapper, and we do mean dope. Our personal favorite was his stint as a WWE punching bag -- but now we have this nugget from AOL's online game show, "Gold Rush."

A fatigued K-Fed appeared on the show as a video clue presenter for a trivia challenge. It was his job to "rap" clues about various musicians. Particularly ironic was the final answer: Vanilla Ice.

Pay attention to Federline's introduction; ET host Mark Steines should get a freakin' Emmy for keeping a straight face while introducing K-Fed as a "very special guest," saying, "You will witness the vocal stylings of recording artist Kevin Federline." Vocal stylings? (*cough*)

Anyway, be sure to check out K-Fed and the "Gold Rush" phenomenon at goldrush.aol.com.