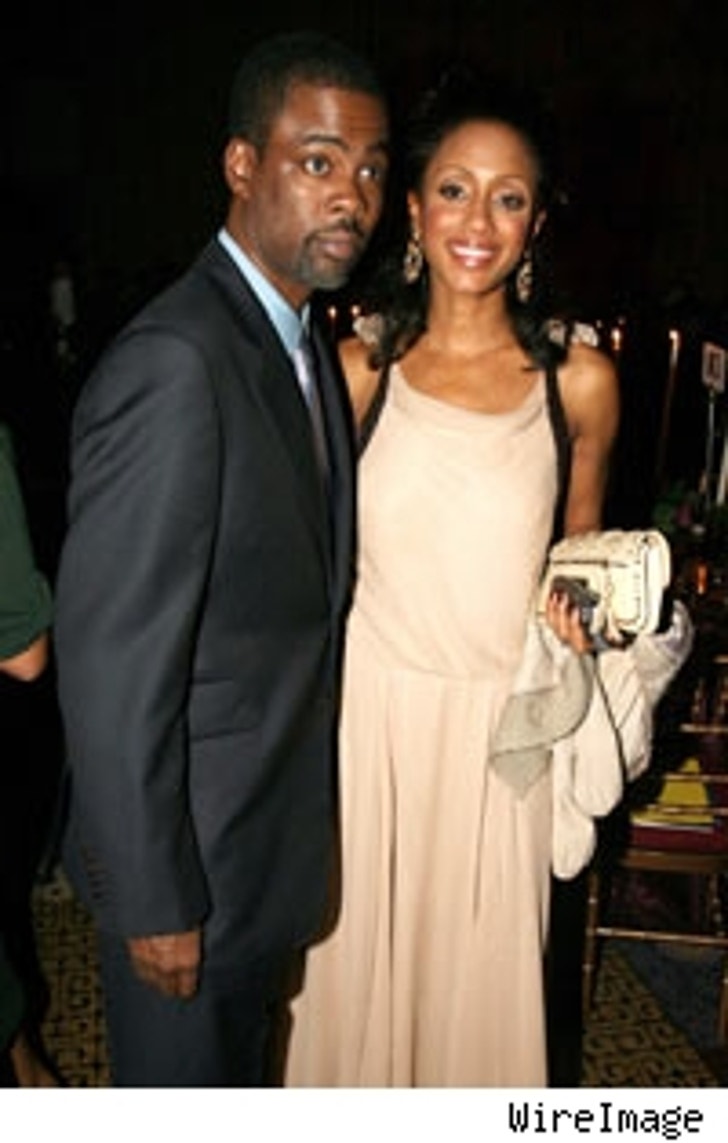 Chris Rock and wife Malaak Compton-Rock were seen together last night at the Living Legends Foundation 13th Annual Dinner. The couple arrived arm in arm, which begs the question: Are they working on a reconciliation? As TMZ was first to report two weeks ago, Chris began divorce proceedings against his wife on November 3.

Rock, who referred to getting married as "shooting yourself in the head," may just be pulling the trigger again. Sources close to the couple tell TMZ that papers were never actually filed and it looks like the Rocks have iced their issues.

While Chris' rep, Leslie Sloane Zelnik, would not comment on his personal life, she did confirm to TMZ that both Chris and Malaak will be together in Vegas this weekend at The Comedy Festival, where Rock will be given 'The Comedian' award. Contrary to published reports, Chris is not performing. He is only attending the Festival to accept the honor.