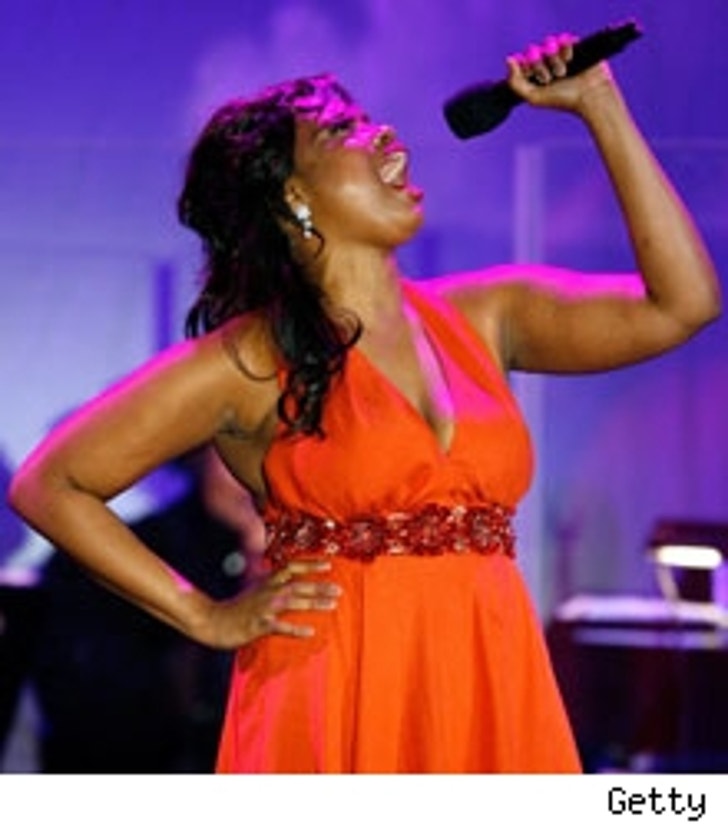 Who cares if Jennifer Hudson didn't win "American Idol"? With her performance as Effie White in "Dreamgirls," the big-voiced diva is getting enough critical acclaim to send her Grammy-winning co-star, the fabulous Beyoncé, over the edge with envy.

The film adaptation of the hit Broadway musical was supposed to be Beyoncé's star vehicle, but it's Hudson who's getting the Oscar buzz. Oh no she dit-n't!

Entertainment Weekly believes Jennifer's a shoo-in for a Best Supporting Actress nod, and New York Times reporter David Carr flat out says that Hudson "steals the show." Even Oprah called up the songstress and told her it was a "transcendent performance." If you thought Beyoncé was angry before -- somebody better ring the alarm!

See for yourself as a star is born; "Dreamgirls", with Jennifer Hudson, opens December 15.