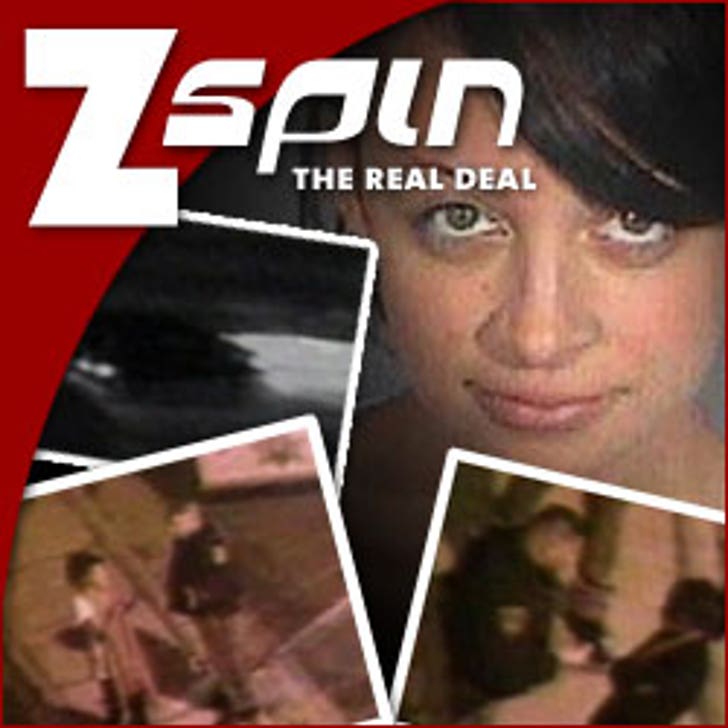 A 17-year-old boy has already died in an SUV driven by a celebrity. Someone else is going to die, and it will happen sooner rather than later.

Nicole Richie's loved ones could easily have been planning her funeral today -- likewise the loved ones of the people driving the right way on the 134 Freeway early Monday morning.

Lane Garrison must be scratching his head today. Why, he must be asking, did he have such bad luck? The fact is, the differentiating factor that makes Garrison a killer and Richie a DUI'er is luck. That's it.

I'm not trying to preach, and I will readily admit that TMZ has prospered off the antics of a group of young celebrities. When Brandon Davis went on his "firecrotch" rant against Lindsay, it was endlessly entertaining. When Paris got in fender-benders, it was so TMZ. And when Britney spread her legs for all the world to see, well it was Internet gold.

But the line has been crossed. The dark side of Hollywood has been revealed in the last month. And really, it's no surprise. There are a lot of young celebs who got really rich and very famous way too soon. The people who surround them are not used to saying "no." These celebs have gotten away with a lot -- mostly small stuff -- for a long time. And each time you get away with something you shouldn't, you get bolder the next time.

These celebs, for the most part, have no compass to guide them. Look at Lindsay Lohan. Her dad used the revolving door at his local jail while her mom was at war with him when she wasn't out partying. Lohan really didn't stand a chance, and it's sad.

So who will save the day and save these kids from disaster? In this town, saviors are awfully hard to come by.