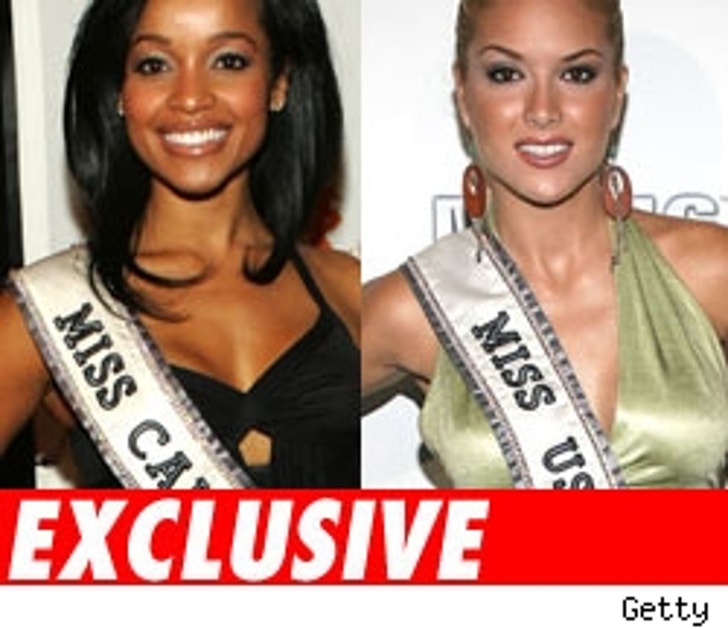 With her dethroning imminent, Tara Conner's days as Miss USA are numbered. There she goes.

One day after pageant boss Donald Trump publicly denied that reigning Miss USA Tara Conner was being dethroned, TMZ has learned that first runner-up, Miss California Tamiko Nash, will be inheriting the crown.

A source tells TMZ that Miss California was contacted with the news by a high-ranking pageant official and told she will take the title once Trump finally makes the official announcement in the coming week.

The Miss USA Organization released a statement on Thursday stating that they are "evaluating" Conner's "behavioral and personal issues" in order to decide how they will go forward with her reign. Conner's questionable behavior allegedly stems from inappropriate behavior at New York nightclubs. The underage beauty queen turns 21 on Monday.

Tamiko Nash is a Los Angeles native and appeared on NBC's "Deal or No Deal" earlier this year.

A rep for Miss USA tells TMZ, "Mr. Trump will make a decision in the upcoming week regarding Tara Conner and her reign. No one has been contacted and no decisions have been made."