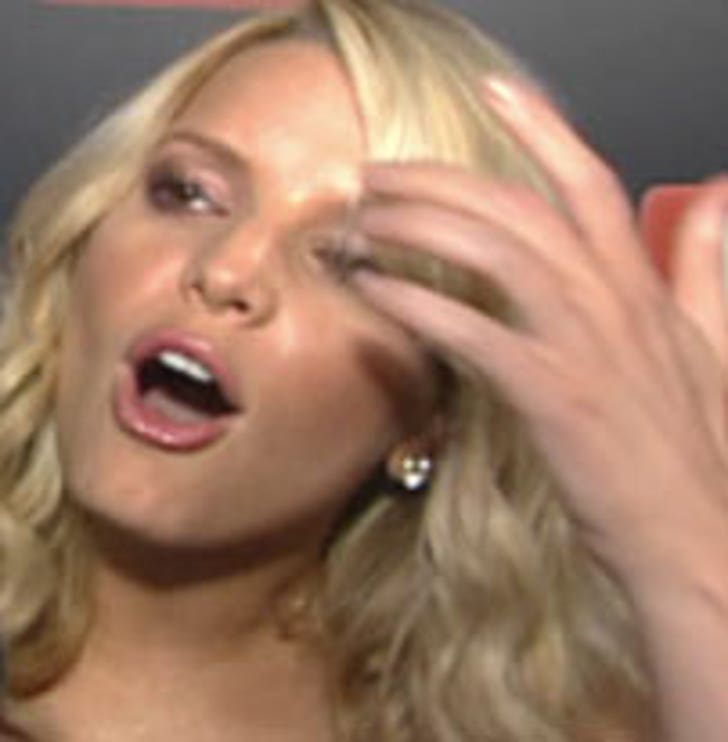 Jessica Simpson gave a less than stellar performance in tribute to her idol, Dolly Parton, at this month's Kennedy Center Honors, flubbing the words to "9 to 5."

Simpson says her nerves got the best of her during the star-studded D.C. event, resulting in her fouling up the song. After the show, an upset Jess was given a second chance to sing it -- with the results apparently unsatisfactory. Simpson has now had the flopped number completely cut from the telecast.

As TMZ first reported, Mama Simpson gave Jessica a verbal bitchslap as she exited the stage during the live show.

Simpson's rep, Cindi Berger, said in a statement, "She really wasn't happy with her performance and she did want it to be perfect for Dolly, who she idolizes."

As for the Kennedy Center, the producer of the show said, "We appreciate the time and energy Ms. Simpson put into this event, and respect the high standards she has for herself and that of the Kennedy Center Honors."

See the abridged version of the Kennedy Center honors on December 26 on CBS.