Has Carrot Top had surgery? --Lou 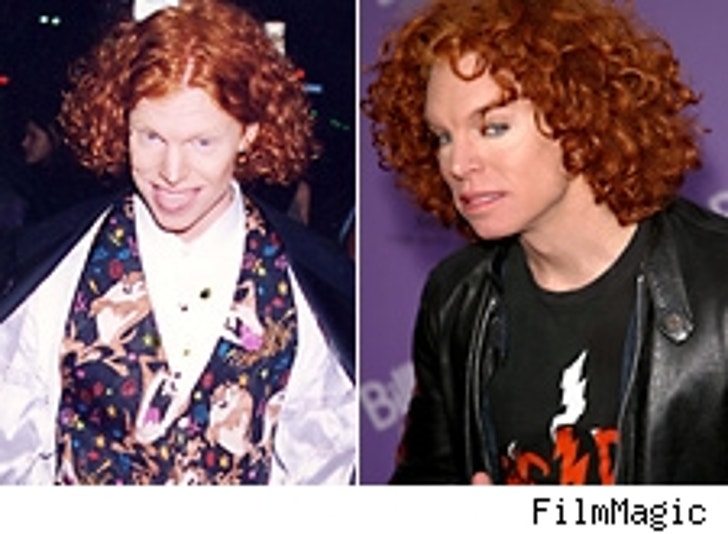 Carrot Top, aka Scott Thompson, undoubtedly looks a bit different nowadays, as opposed to his earlier years. Sorry Lou, we can't give the yea or nay as to whether he actually went under the knife. One thing we can confirm is that he has undergone a complete physique change.

Click here to take a look at the once-scrawny-turned-ginormous orange-head (... and take a moment to compare that suspected face change, too).

Where did Carrie Ann Inaba get her jewelry from when she was on "Dancing with the Stars"? --Kim 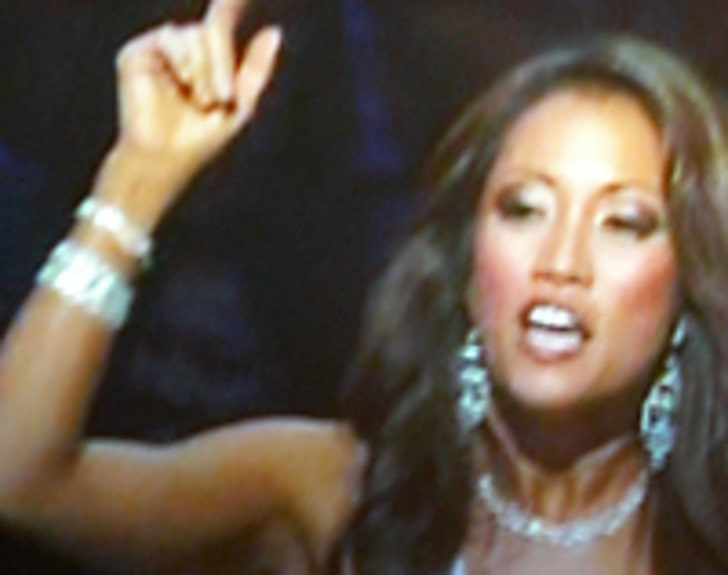 Kim, it was a trendy boutique on Rodeo Drive in Beverly Hills where Carrie Ann scored her fabulous jewelry. Rhonda Faber Green dressed the "Dancing" judge throughout the second season in earrings, necklaces and bracelets. And thanks to Rhonda, Carrie Ann never looked anything less than elegant.

For an update on one of Carrie's more celebrated contestants, take a look at this!

What else has Sucre from "Prison Break" done? --Dara 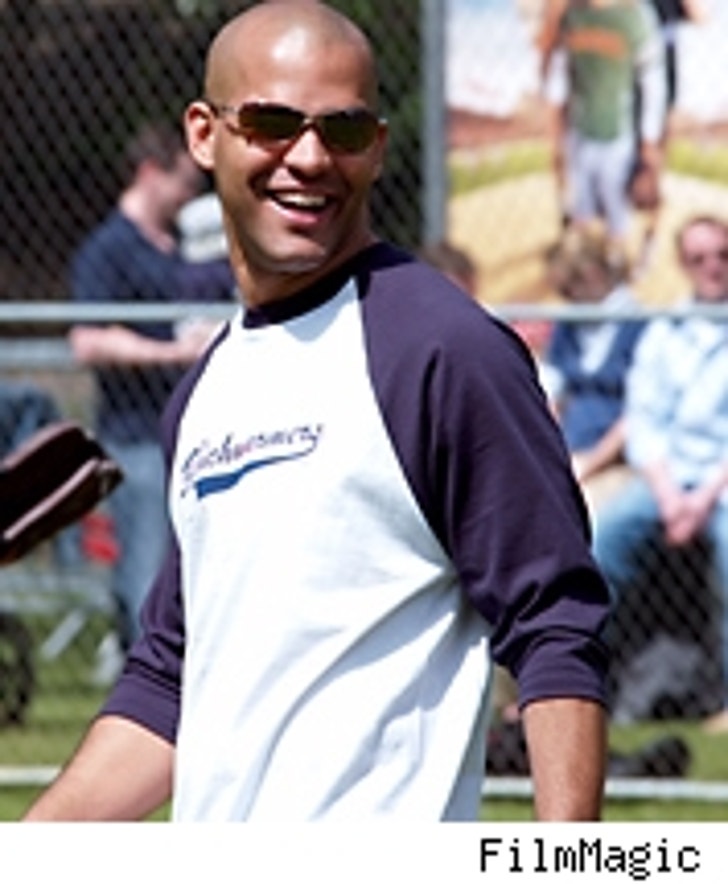 Amaury Nolasco, better known to the world as Sucre, had some of his first acting experiences with shows like "ER" and "Arli$$" and was in the movies "2 Fast 2 Furious" and "The Benchwarmers." He planned on going to med school after college, but was approached by a director and immediately cast in his first commercial. From there, he took off. Aside from "Prison Break," expect to see him in "Transformers" due in theaters July 4.

For another Fox favorite, Dara, check this out.

I heard Vanessa Minnillo was going to be in "Fantastic Four." Is that true? --Corey 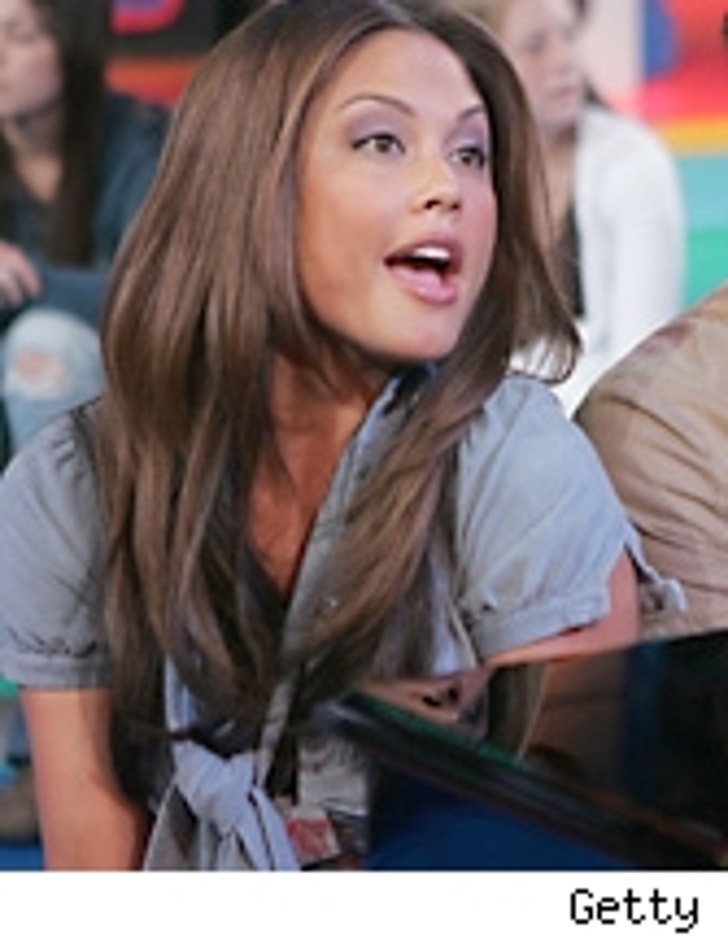 Corey, wherever you heard this -- you heard right. She does, in fact, have a small role in the next "Fantastic Four." If you can hold out until June 15, you'll get to see her acting skills. In the meantime, you can always catch her on MTV's TRL.

For the latest on Nick and 'Ness, check this out!

What's Luke Perry up to? --Hanna 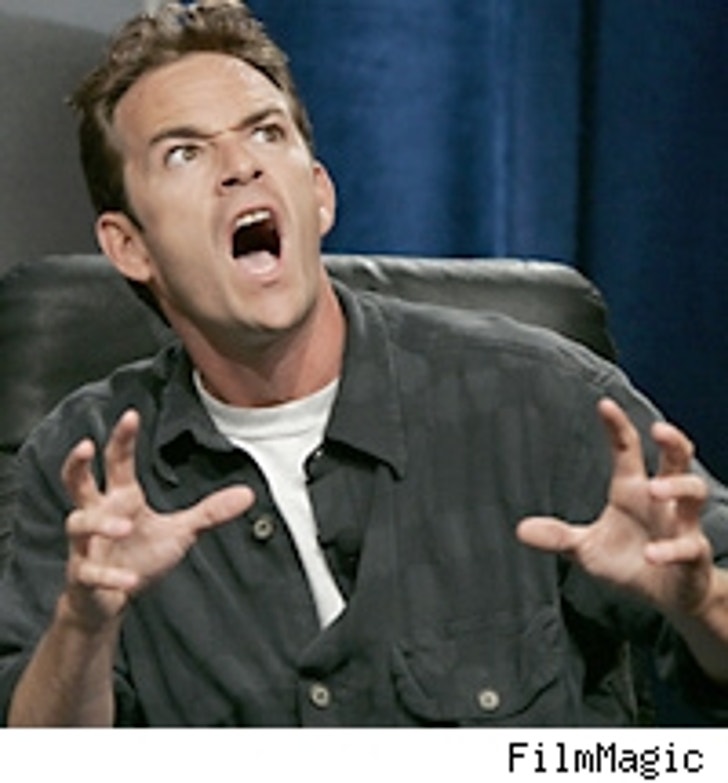 Hanna, Luke has a full plate for 2007. Of his many movies, we think the most anticipated will be "Sandlot 3," which is being filmed in British Columbia, Canada. If you want to get in touch with Luke, use this fanmail info!

For the email address of another star, click here.