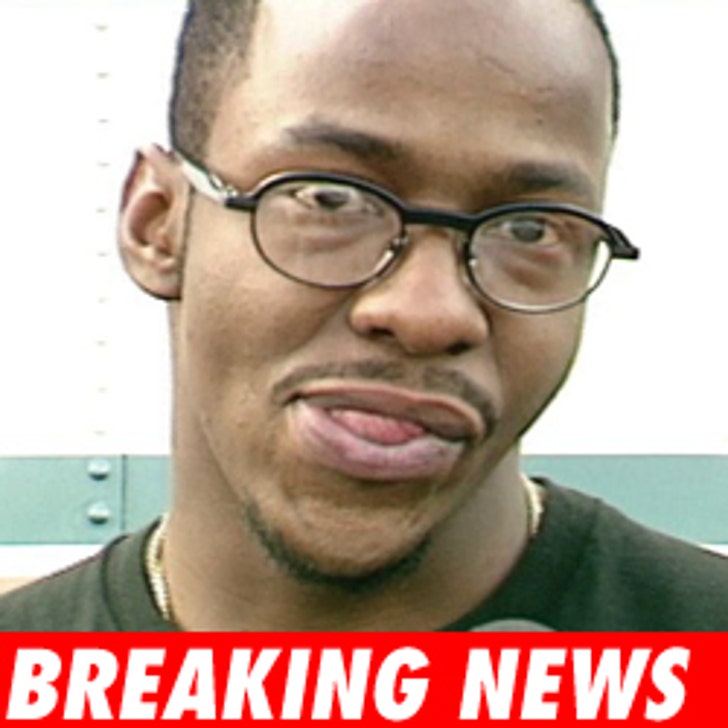 UPDATE [4:25]: TMZ has learned that Bobby Brown was sentenced to 10-30 days in jail for failing to appear at a child support hearing. Brown is currently being transported to the Norfolk County House of Corrections. Law enforcement sources tell TMZ that at some point tonight, Brown will have an opportunity to pay what he owes and get out of his sentence. Story developing ...

For the second time in a year, singer Bobby Brown was arrested in Massachusetts for failing to appear at a child support hearing.

Brown was nabbed around 6:00 PM Sunday night while attending a high school cheerleading competition in which his daughter was participating. Brown was reportedly "cooperative" outside the school -- cops say he even borrowed their cell phone to arrange to get out of jail.

The "Don't Be Cruel" crooner was sentenced to 90 days in prison back in 2004, for missing three months of child support payments. Lucky for him, a judge suspended that sentence immediately after Brown paid roughly $15,000 in owed payments. Then last March, Bobby was nabbed for a 14-year-old motor vehicle violation, also when he arrived to watch his daughter at another cheerleading competition.