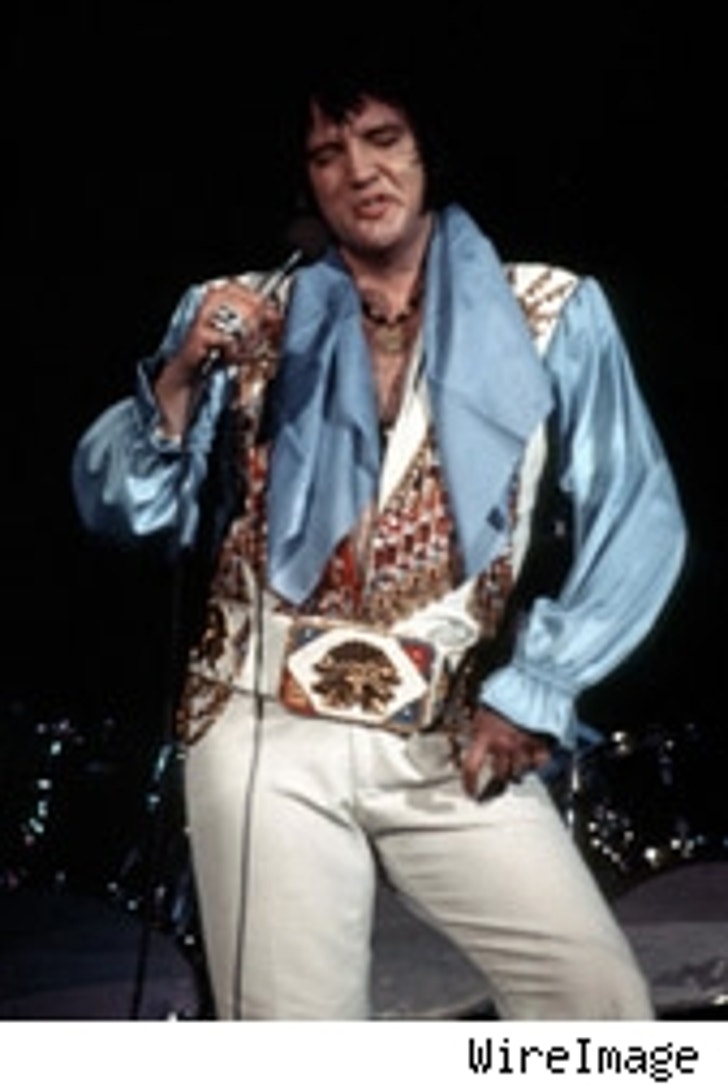 The King may have left the building but his prescription pills are still here: A bottle that contained Elvis Presley's prescription antihistamines was sold this week at an auction for more than $2,600. That's a mighty expensive prescription plan! While the bottle still contained some of The King's original pills, L.A. County police told auction house Julien's that it would be a federal crime to sell the bottle with pills included.

Other unusual Hollywood ephemera sold during the auction included a gold-plated gun owned by the Elvis, which sold for more than $28,000; Alfred Hitchcock's passport, which went for more than $19,000; and a prop umbrella once used by Marilyn Monroe for $42,000. The umbrella will become part of the collection of the Museum of Style Icons in County Kildare, Ireland.