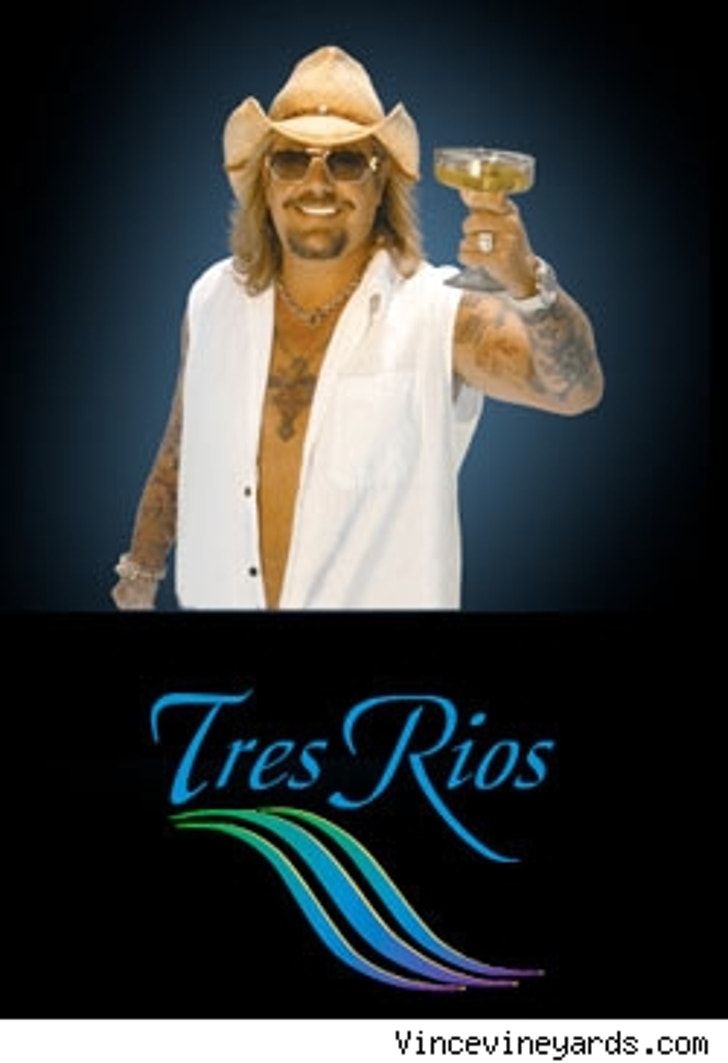 Twenty-three years after Vince Neil drove drunk and had an accident that killed his passenger, Nicholas "Razzle" Dingley of Hanoi Rocks, he has launched a new line of tequila called Tres Rios. Motley Crude!

After the 1984 accident, the Motley Crue frontman served just 30 days in jail (and people think Paris got off easy!). Now he wants to serve you Silver, Anejo and Reposado tequilas. Talk about a worm!

Regarding the tragic accident, Neil was recently quoted as saying, "I don't endorse drinking and driving. I endorse driving responsibly. I made a tragic mistake that cost one of my dear friends his life."