LC and Audrina ditched the Hills yesterday for a day at the beach, gettin' wet in their bikinis! 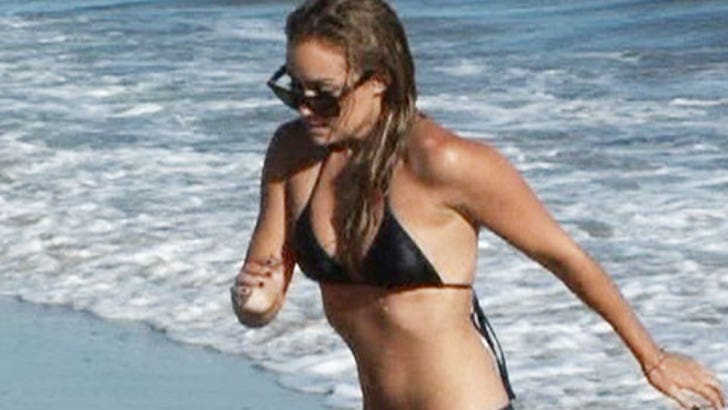 The two pseudo-ladies frolicked around in the surf, with Audrina getting an unfortunate wedgie at one point. LC's ex-boyfriend (and Hayley Duff's rumored current beau) Brody Jenner got rough on the sand with buddy Frankie Delgado. Sources tell TMZ that Jenner actually broke his finger while playing football with Frankie at the house, was taken to the hospital and proudly returned to show off his X-rays.

The group was at the Beachbody Silver Spoon House in Malibu, filming scenes for the upcoming season of the MTV reality show "The Hills." Heidi and Spencer, the show's most beloved couple, were not invited to the party.