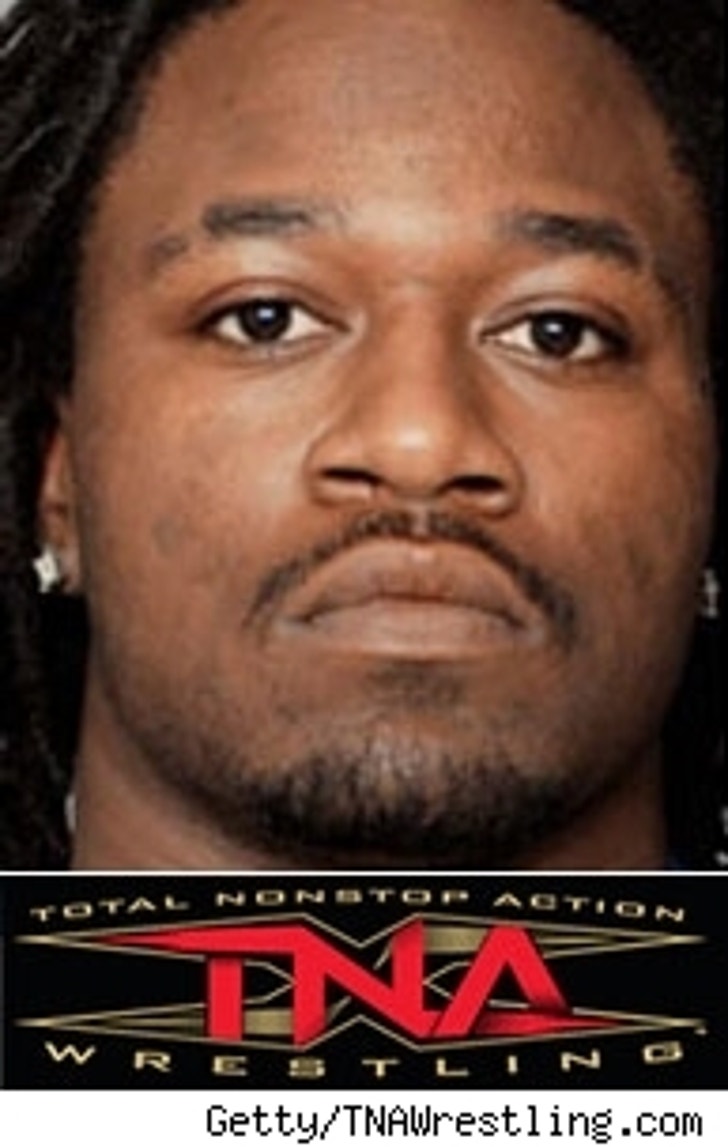 Suspended NFL player Adam "Pac Man" Jones -- yeah, the guy who allegedly "made it rain" on strippers before a shootout in a Vegas strip club -- may soon be wrestling with more than just felony charges. Sources close to the star tell TMZ that Pac is just about set to go from the gridiron to the wrestling ring. Intercepted!

The troubled Tennessee Titans cornerback is currently facing felony charges related to a trigger-happy melee at a Vegas strip club in February. The hot-headed Jones is also accused of punching a stripper at the club while she was trying to grab some dough off the stage. Maybe he already knows how to pack a punch! TMZ has confirmed he's on his way to Nashville-based TNA, also known as Total Non-Stop Action Wrestling. A source connected with the deal says an official announcement will be made soon. Can ya wait?

Perhaps the scantily clad ring girls should think about keeping one eye on the crowd ... and one on the Pac Man!