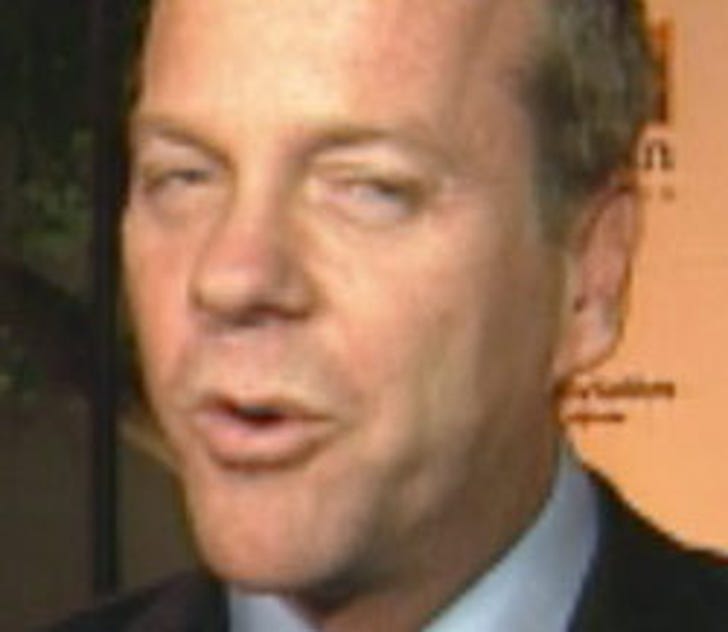 "24" star Kiefer Sutherland's DUI arrest last night isn't his first brush with the law. Or his second. Or even his third.

Kiefer plead guilty in 1989 and 1993 to reckless driving charges, and in 2004 to driving with a blood alcohol level above .08 -- the legal limit in California. It's the 2004 case for which Sutherland is currently on probation.

But things could have been a lot worse for Kiefer. The 1989 case had two gun charges tacked on -- carrying a concealed weapon in a vehicle and carrying a loaded firearm in a public place -- both of which were dismissed. The 1989 and 1993 cases both had DUI charges as well, and both were dismissed.

Kiefer got three years probation for both of those cases, the second of which fell just after the probation was up for the first. Time was on his side in that one.