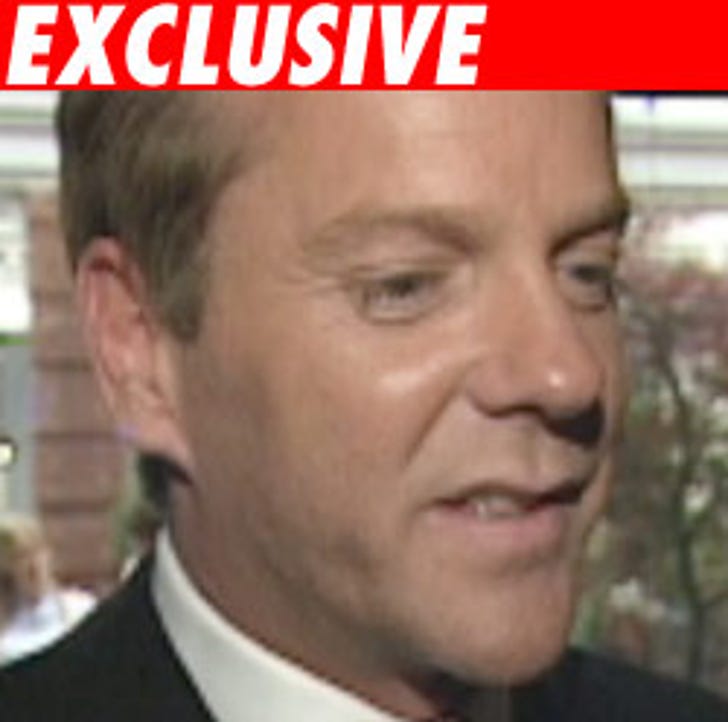 The actor has been charged with one count of driving under the influence and one count with driving with a blood alcohol level of .08 or above after being arrested early Tuesday morning.

He will be arraigned on these charges on October 16 in front of Judge Michael Sauer, ironically that's the same judge who threw the book at Paris Hilton. Sauer sinks Bauer?? We'll see!

If convicted on both charges, Sutherland could face up to a total of a year and a half in jail and be forced to pay a $1000 fine.