TMZ reported on Brit rapper Tricky's involvement in a brawl on Thursday, and last night cameras caught up with the small-framed fighter at Hyde and got his side of the story. 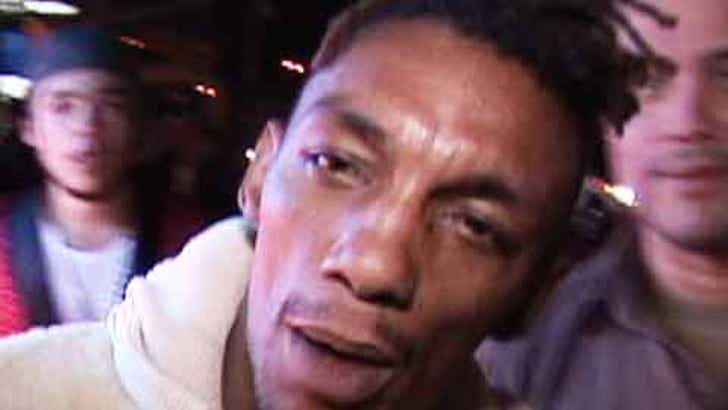 The strong-armed Tricky told cameras, "We got attacked, and I don't know why we got attacked ... I think he was a big bully ... but if he want a go straightener, come on man!" Those wacky Brits and their slang!