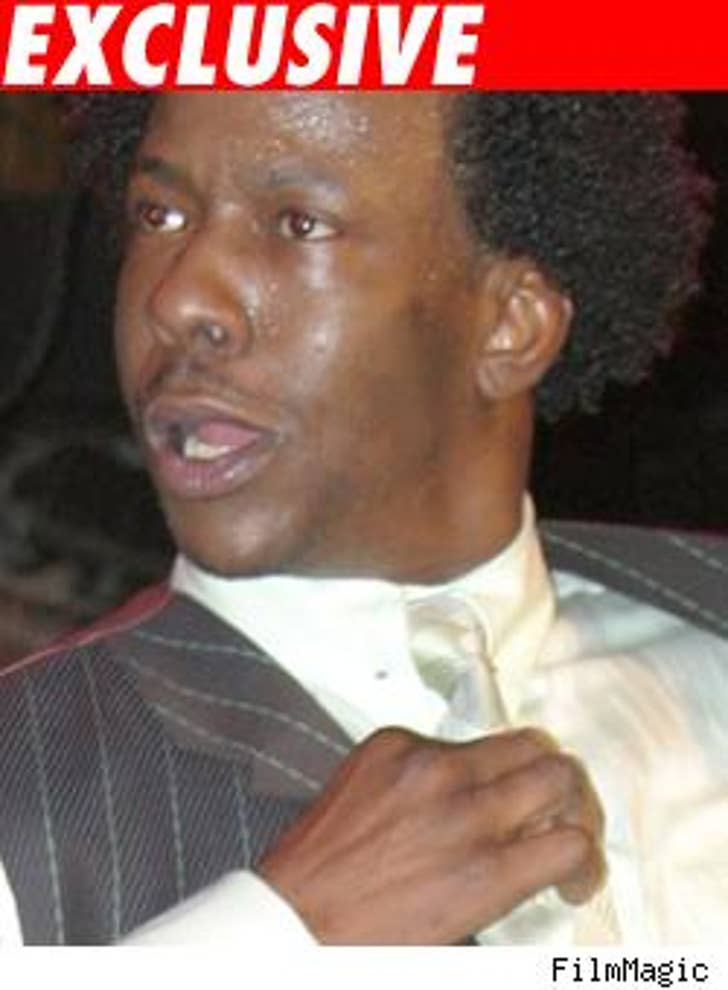 UPDATE: TMZ spoke with Phaedra Parks, Brown's attorney. She told us that Bobby did suffer a mild heart attack and attributes the cause to "stress and diet." "He has been examined," she tells us, "and doctors determined there is no blockage but inflammation of the heart." Parks says "Bobby is doing good. He is in good spirits. It's a serious condition, and I'm very concerned about him. Bobby is very happy with the outpouring of calls and messages. We ask people to keep him in their thoughts and prayers." As for this Saturday's performance at V100's Taste of Soul, she says "He has all of the intention to perform, but it's not clear yet if he will be able to do it."

UPDATE: Lee Bailey of EURWEB spoke to Brown this afternoon, who told him "Everything's all right with me. I got a clean bill of health and everything's fine," he says. "I'm ready to get on this road and do these shows and take care of what I gotta take care of."

TMZ has learned that singer Bobby Brown was hospitalized last night in what we're told is a "heart attack scare."

We're told Bobby felt some tightening in his chest and tingling in his arm and had his girlfriend/manager, Alicia, take him to the hospital.

He was staying with his father in Tarzana, Calif. when he felt ill, and was transported to Tarzana Regional Medical Center, where he is still hospitalized.

We're told that Brown could be in the hospital for one more day to undergo more tests.

We're also told Brown was so scared by the incident, he recorded a video message to give to his family in case he didn't make it. Hell to tha no Bobby! You'll pull through!