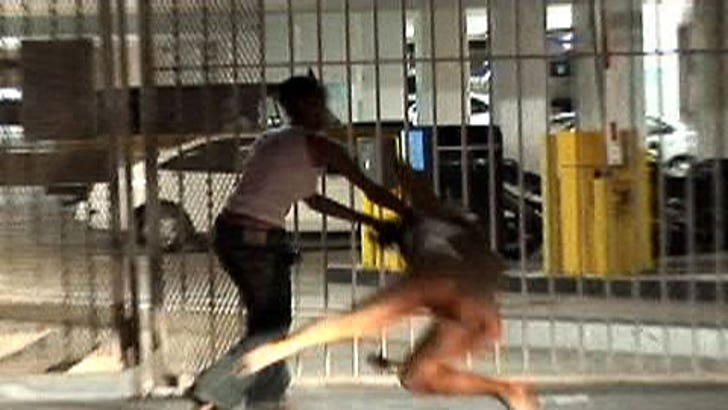 Our first battle was outside the Cabana Club in Hollywood. When one girl feels like she has lost the upper hand, she makes a mad dash to get away. Unfortunately, it didn't work.

Meanwhile, in the parking lot outside of Element and Les Deux, a little hair-pulling and name-calling was in order when one woman was confused about the location of her friend. Words hurt too, people. 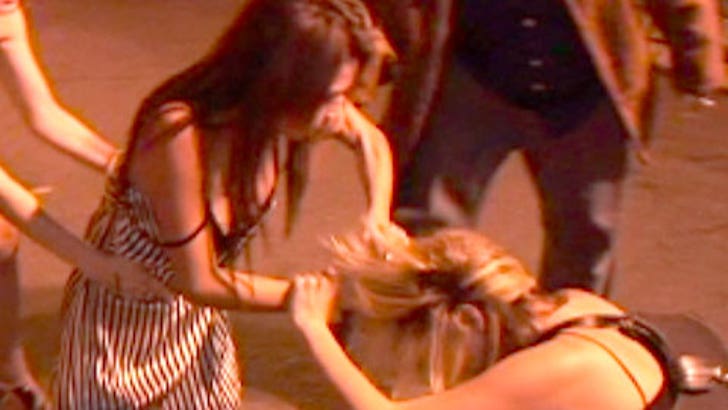