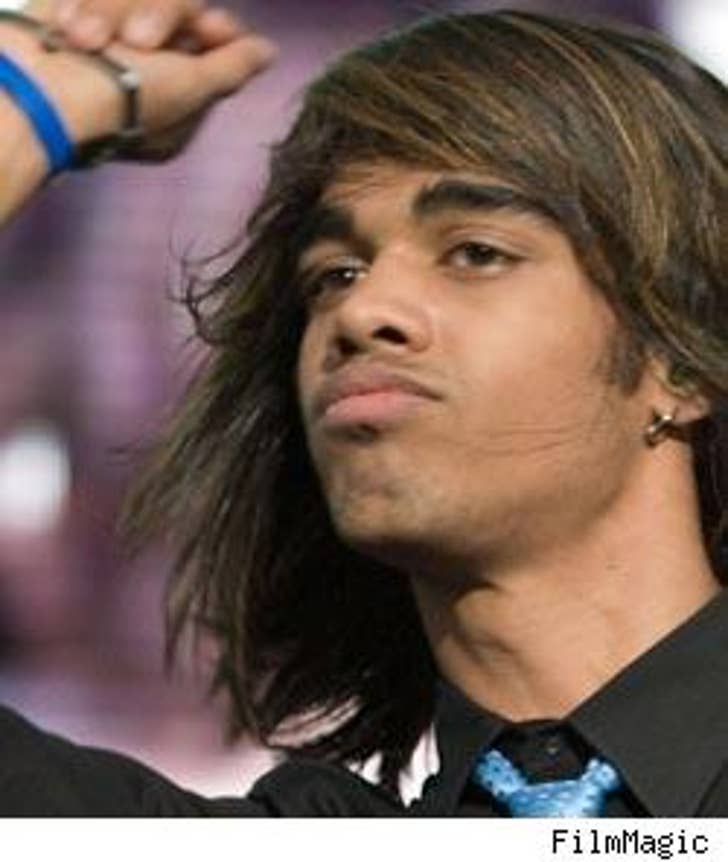 Dust off those pony-hawks and put on your earplugs, because "American Idol" wannabeen Sanjaya Malakar ('memba him?!) is about to start "singing" again!

The 18-year-old wavy, chestnut brown-maned crooner is hitting the stage for a solo performance in the holiday production of Langston Hughes' "Black Nativity" in Seattle on Sunday. Bah humbug!

While it may not be a Clarkson Grammy or an Underwood hit album, at least Sanjy has avoided the fate of many fallen "Idols" of yore -- and hasn't had to sing at the opening of a housing development , an outlet mall or regional balloon festival -- yet!