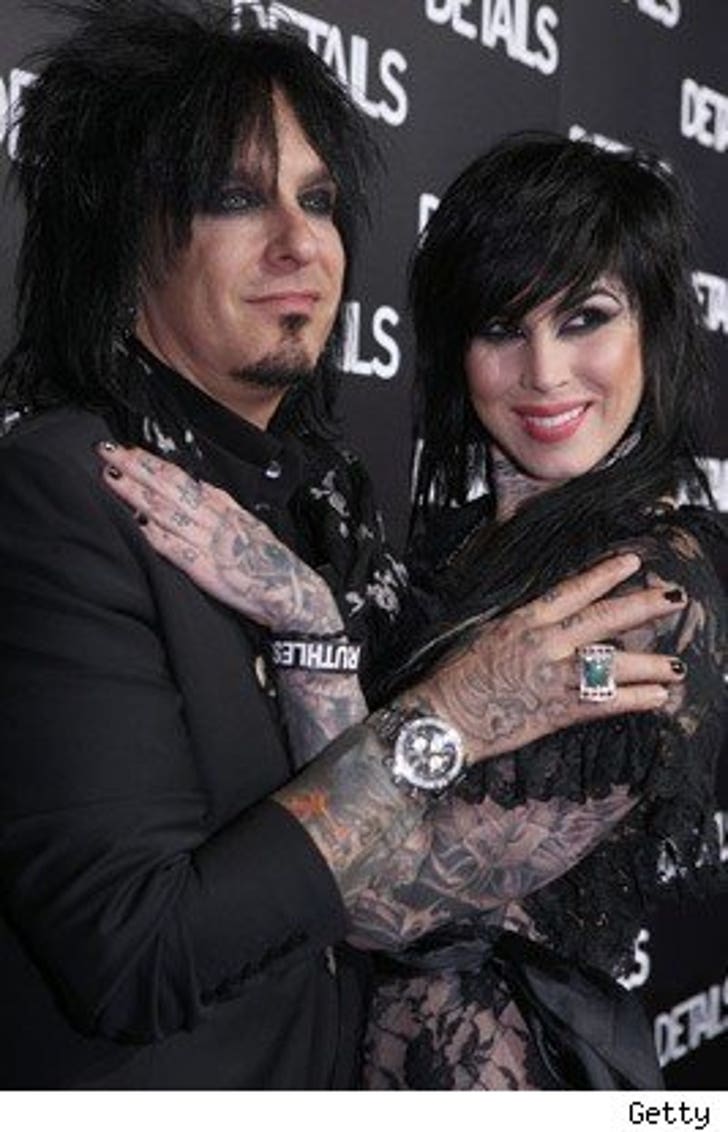 With matching Manic Panic shag 'dos, prerequisite his and hers rocker eyeliner, and oh so tired i'm-edgy-because-i-wear-black-nail-polish, 49-year-old Frank Carlton Serafino Feranna, Jr (aka Nikki Sixx) and 26-year-old girlfriend Katherine Von Drachenberg (aka "L.A. Ink" star Kat Von D) are tatted up beyond all recognition -- from each other! Tattoo you!

Considering that after only dating for a month, Kat had the name of her ex-boyfriend -- Alexander Orbi Lee Kelton Orbison -- tattooed onto her skin, there's no doubt this newfangled relationship will last ... about as long as a Motley Crüe song!

UPDATE: On his MySpace blog, Orbi says he and Kat dated up until the last week of February, claims she begged him to marry her, and even calls her a "psychopath." No hard feelings. 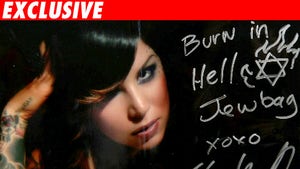