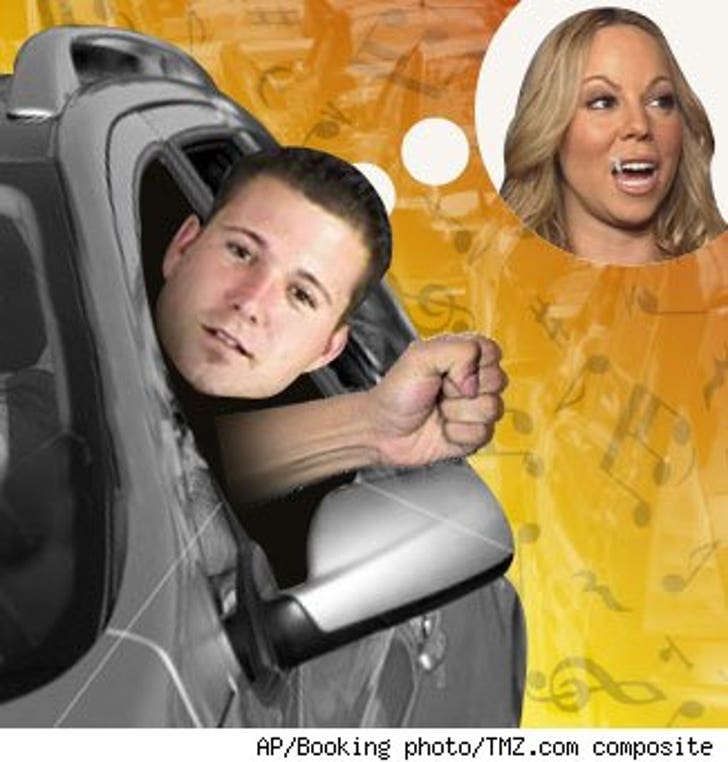 You think the movie "Glitter" caused rioting in the streets? Check this out!

21-year-old Zachary Alan Schreiber of North Naples, Fl. was popped Saturday night after allegedly throwing a beer bottle at someone who went off because he was blasting Mariah Carey music.

Schreiber apparently threw like a sissy and missed the hater, who was sitting in the passenger seat of another car, and hit the driver instead. He was charged with shooting a missile into a vehicle (yes, really) and criminal mischief.