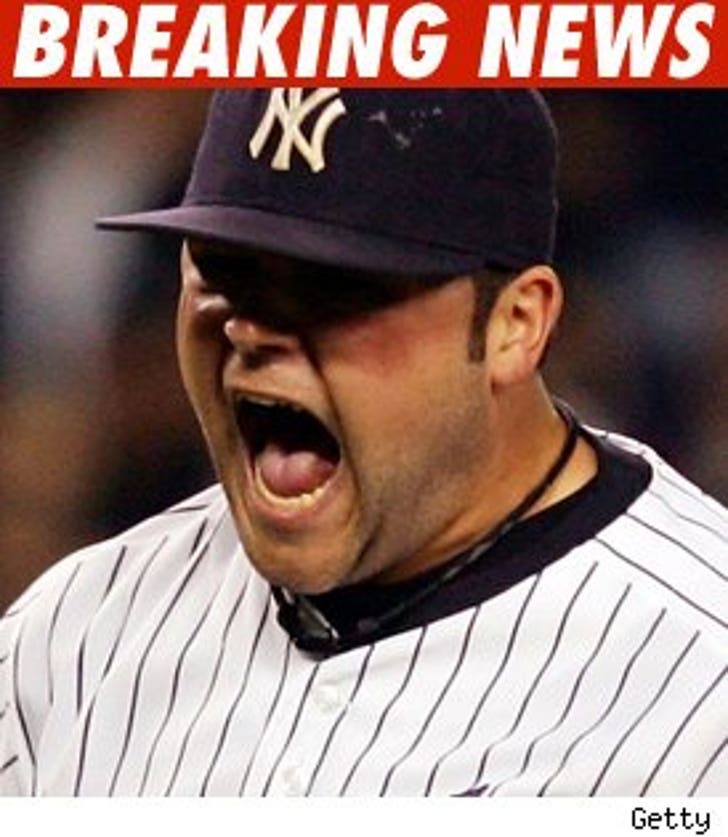 The Yankees didn't even make it to the post season, but that didn't stop one of their star pitchers from losing anyway.

Joba Chamberlain was arrested for DUI at around 1 AM on Saturday morning after being pulled over for speeding near his hometown of Lincoln, Nebraska. The Yank's pitcher allegedly had an open container of booze in the car.

Joba was booked for DUI, speeding and having an open container in his car -- he will be formally charged on Monday.

Chamberlain has since apologized for his "error in judgment."