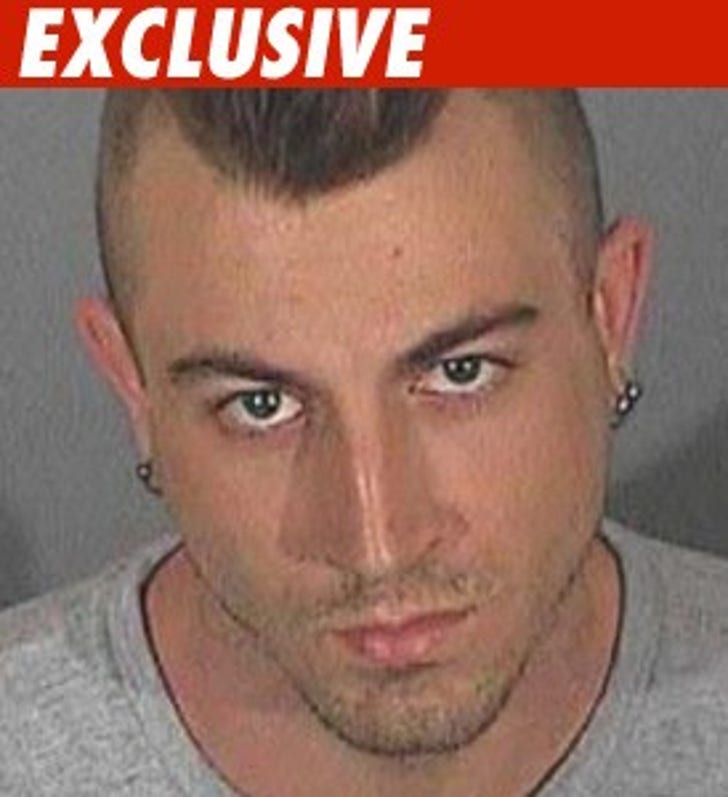 The dude who headbutted a guy on "A Shot at Love 2" with Tila Tequila was arrested this morning for allegedly beating the crap out of his girlfriend.

Police were called to Chad Tulik's home in West Hollywood early this morning when neighbors reported a loud argument between Chad and his GF that sounded like it was getting violent.

Once police arrived, cops say they heard the fighting and went inside the residence, where they found Chad's girlfriend showing visible injuries. Chad was arrested and booked on felony assault, vandalism and dissuading a witness -- because Chad allegedly smashed his GF's iPhone when she tried to call 911.