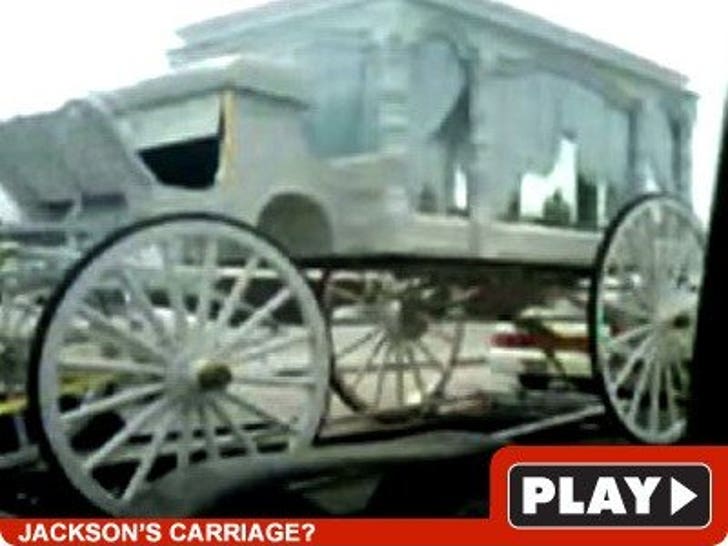 A white carriage hearse was spotted on the 405 Freeway -- making its way North yesterday -- toward Santa Barbara -- adding fuel to the rumors that Michael Jackson will be taken to Neverland for his final resting place.

We've already told you about the hotels that have sold out ... construction trucks and porta-pottys near the Ranch. But we're hearing nothing about the funeral has even been decided by the family.

The buzz is that Jackson's body will be taken to Neverland tomorrow, but so far we're told nothing has been decided.