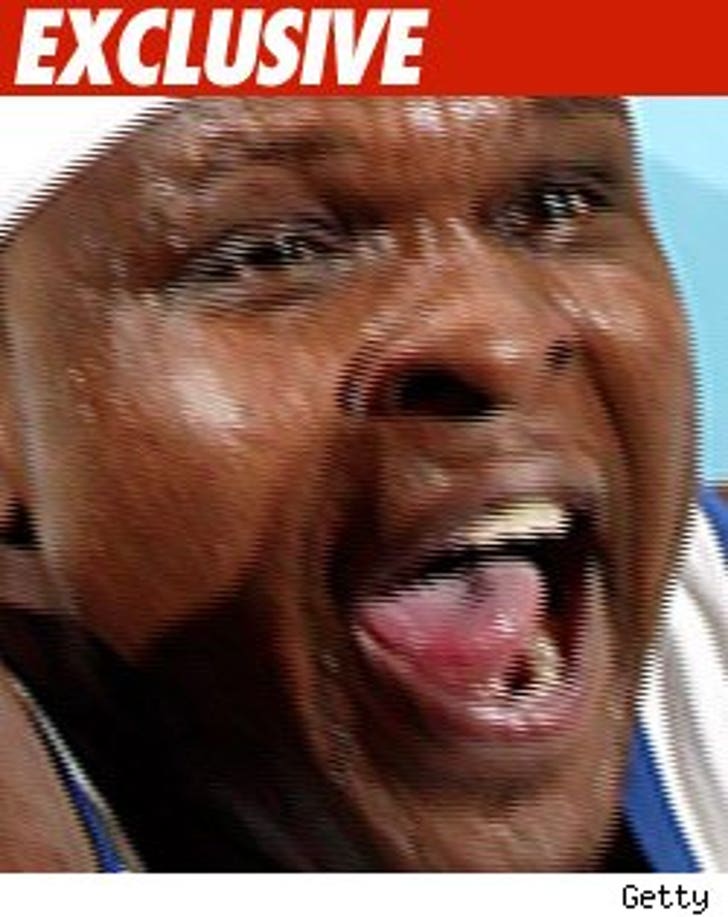 He was hungry for some pizza -- but a man who happened to be dining at the same restaurant as NBA star Zach Randolph last year says the basketball star dished out an asskicking! But wait! According to Zach, it could be a shake down. Or a Shakey Down.

A guy named Gary Ferguson has filed a lawsuit against Randolph, claiming the former Los Angeles Clipper beat the crap out of him on a night when the Clips got beat down on the court.

It all went down inside Berri's Pizza Cafe in L..A. -- where Randolph allegedly "verbally and physically threatened" Gary before "attacking" the guy.

Gary's lawyer claims his client walked away with damaged teeth, a messed up neck and back, a knee injury that will require surgery, and scars on his face.

Brothers says Gary's own lawyer said Gary was "out of control" and just wanted a quick payout. Brothers says it was a shake down and he walked out, only to get a call from Gary's star witness, who said the case would go away quick if he coughed up some dough. Brothers told her to pound sand.