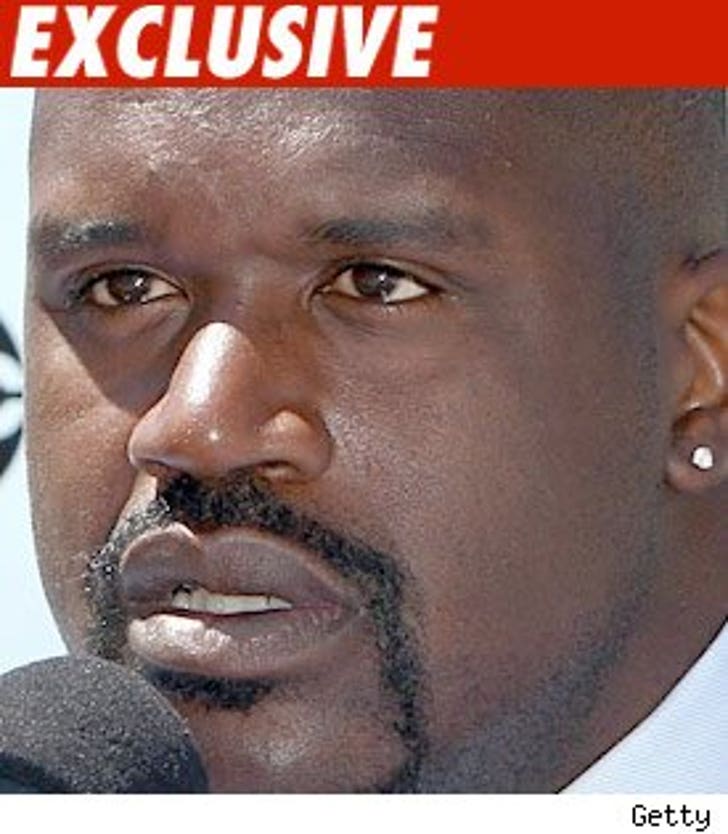 The idea for Shaquille O'Neal's new show "Shaq Vs." is already accused of being stolen -- and it hasn't even hit the airwaves yet.

Author Todd Gallagher alleges William Morris Endeavor Entertainment -- the agency repping Todd -- approached him to turn his book "Andy Roddick Beat Me with a Frying Pan" into a TV show sometime last year ... then hijacked his idea and turned it into "Shaq Vs."

Todd's book was based on him competing against professional athletes who agreed to play with handicaps -- such as Roddick using a frying pan instead of a tennis racket.

The allegations are part of a letter fired off to Endeavor, in which Todd's lawyers claim the company "intentionally cut him out ... creatively and financially" and then got another one of their clients -- Shaquille O'Neal -- to fill in for him.

Todd's lawyers want to meet up with Endeavor for a possible settlement discussion -- if this doesn't happen, they intend to file a "lawsuit prior to the Show being aired on August 18th."