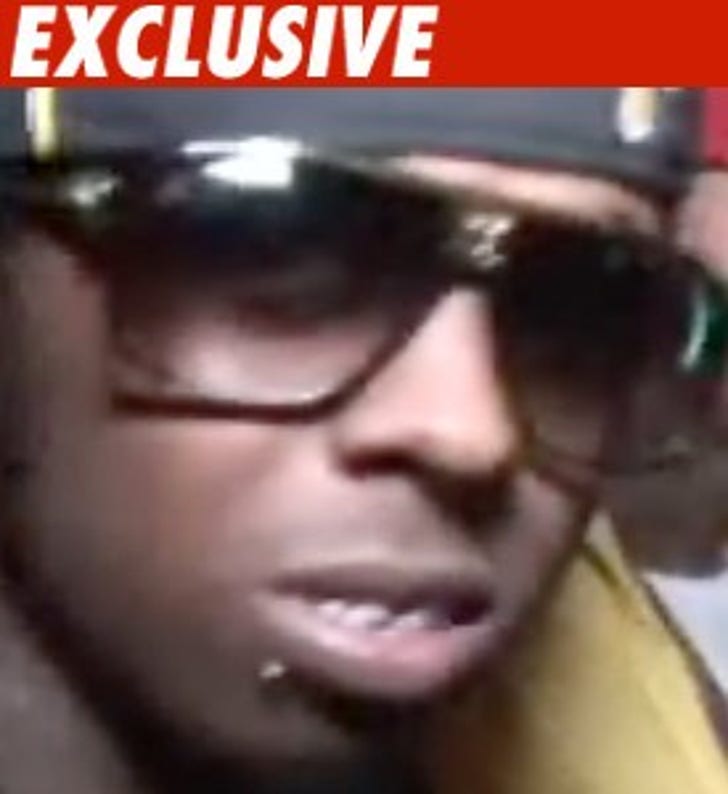 A hailstorm of stones and bottles rocked a Lil Wayne tour bus after a concert in Arizona last week -- and cops say at least one shot was fired in the melee.

According to police, it all went down after Wayne's show last Wednesday at the Cricket Pavilion in suburban Phoenix -- when 2 buses from his 4-bus entourage stopped at a nearby apartment complex.

Law enforcement sources tell us witnesses saw several women getting on and off the buses -- and it was then that certain people in the complex began to get violent.

Witnesses told police they heard at least one shot fired during the altercation -- though it's unclear who fired it.

Cops arrived to the scene and broke things up -- but we've learned a 15-year-old boy has since filed a police report claiming one of Wayne's bodyguards roughed him up during the chaos, bruising a few of his ribs.

Cops interviewed Wayne at a nearby hotel after the incident, where the rapper told cops he was on one of the buses when the attack started -- but his bus took off almost immediately.

Calls to Wayne's people have not yet been returned.