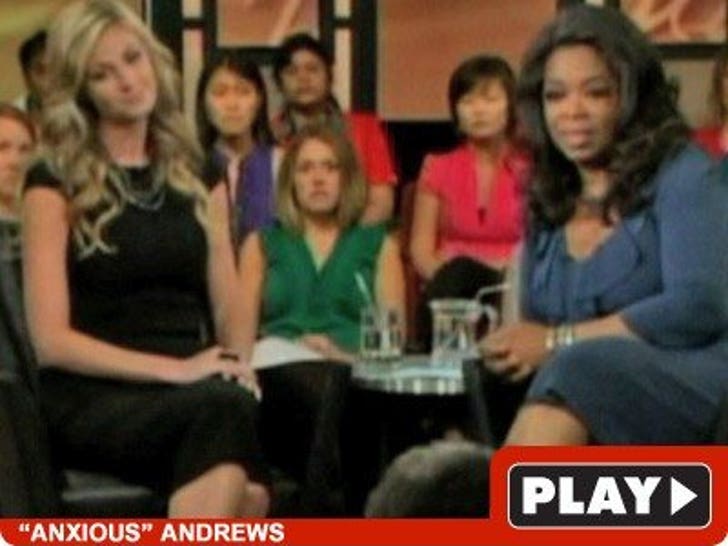 In this town, naked tapes aren't exactly career killers -- but when Erin Andrews' Peeping Tom footage leaked online, she says all she could do was call her parents and scream "I'm done, my career is over!"

The exploited ESPN sportscaster -- who was filmed naked in her hotel room without her knowledge -- did her first and only interview about the incident today with Oprah. She says she's now "paranoid" and constantly feels like she's being filmed.

Andrews also told O that the visit to Chicago was the first time since the incident she'd been solo in a hotel room.