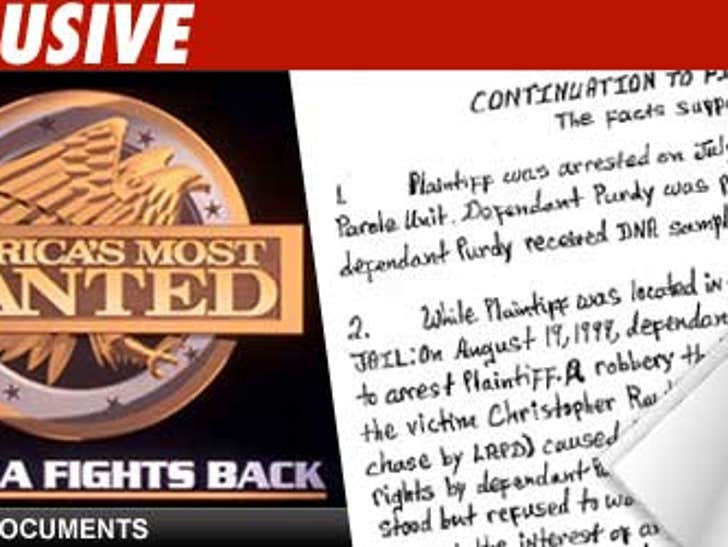 A convicted murderer who was attacked in prison for allegedly being labeled a "snitch" on "America's Most Wanted" has fired off one of the most unbelievable lawsuits we've ever seen -- he's demanding $506 MILLION. 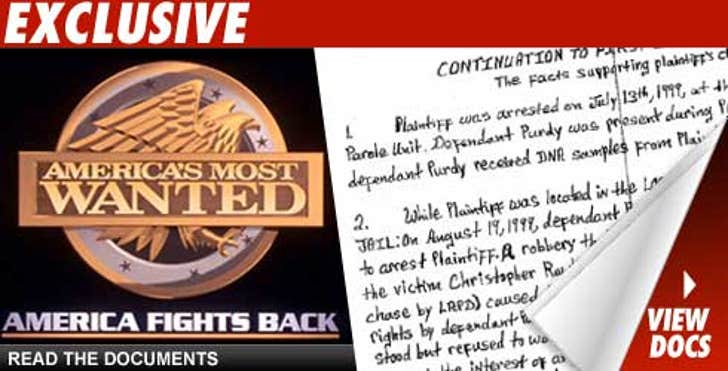 In the lawsuit -- handwritten, but looking like it was typed up on a computer -- Kirell Taylor claims he was stuck in Folsom Prison -- with a razor blade -- after his fellow inmates were told "AMW" host John Walsh, "falsely" called him a "snitch" during a 2004 episode which aired on FOX.

Taylor claims the word "snitch" isn't something that inmates take kindly to -- and now he claims Walsh and Rupert Murdoch, the guy who owns FOX, should fork over a total of $506,000,000 for giving him the title that got him shanked with an "inmate manufactured weapon."

He probably doesn't stand a chance in court -- but we'll give him a 'A+' for penmanship.